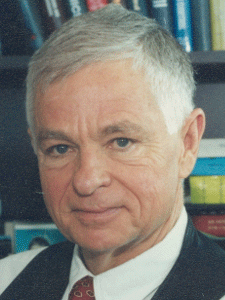 White began his teaching career at Texas A&M University in 1977. In 1993 he moved to the University of South Carolina, where he served as the chair of the Department of Chemical Engineering for seven years and then as the dean of the College of Engineering and Computing for five years. In 1995 he founded the Center for Electrochemical Engineering.

White has published 338 peer-reviewed journal articles and has graduated 50 PhD and 39 MS students. He is a past treasurer of ECS (1990-1994) and a fellow of ECS, the American Institute of Chemical Engineers, and the American Association for the Advancement of Science. White has received several international awards, including the American Electroplaters and Surface Finishers Society Scientific Achievement Award (2000) for mathematical modeling of the electrodeposition of alloys, the ECS Olin Palladium Award (2013) for contributions to the science of electrochemistry, and the ECS Vittorio de Nora Award (2016) for contributions to the field of electrochemical engineering and technology, and the Henry B. Linford Award for distinguished teaching (2018). He has served as a consultant to several major companies, including Energizer and General Electric.