Take the time to honor and support your friends and colleagues, be sure to add the Division and Section award winners’ talks to your calendar, they are scheduled in various symposia throughout the week. 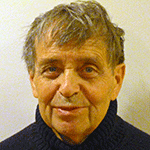 High Power Nitride Based Field Effect Transistors
By Michael Shur
Michael Shur has received degrees from St. Petersburg Electrochemical University and the A. F. Ioffe Institute. Currently, he is the Patricia W. and C. Roberts Professor of Solid State Electronics and the Director of the Broadband Center at the Rensselar Polytechnic Institute. Additionally, Shur is the co-founder and vice president of SET, Inc. 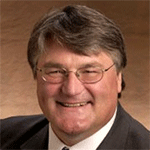 Thomas Zawodzinski is currently the Governor’s Chair in Electrical Energy Conversion and Storage, with appointments in the Chemical and Biomolecular Engineering Dept. at the University of Tennessee-Knoxville and at ORNL where he has continued his career trend of playing leadership roles in projects on fuel cell materials systems – including projects in the development of automotive applications, fuel cell durability, and batteries.

In addition to his continuous involvement in a multitude of fuel cell programs, Zawodzinski has initiated and led programs including preparation of new electrolytes and new methods for studies of transport and electrode materials in Li batteries; self-assembled monolayers for device preparation; biosensors and chemical sensors for chemical warfare agents and simulants; artificial muscles; and electrochemical reactors.

Zawodzinski is a Fellow of ECS and has published more than 200 refereed papers, a number of book chapters, holds five patents, has co-edited several books on fuel cells and related topics, and has been an active public speaker with hundreds of presentations. 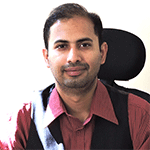 Prabeer Barpanda is currently an assistant professor in the Materials Research Center at the Indian Institute of the Sciences, where his research focuses on solvothermal synthesis, crystal/magnetic structure, and electrochemical analysis of novel materials for secondary Li-in and Na-ion batteries.

Barpanda’s scientific education took him to the National Institute of Technology Rourkela, University of Cambridge, and Rutgers University. He did his doctoral thesis work on activated carbon based supercapacitors under the supervision of Professor Glenn G. Amatucci. He then continued to pursue postdoctoral work under Professor Jean-Marie Tarascon of the Universite de Picardie Jules Verne and Professor Atsuo Yamada of the University of Tokyo. There, his research dwelled on high-voltage cathode materials for Li-ion and Na-ion batteries. 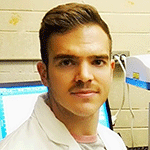 Genovese’s thesis project involves developing cost effective materials and fabrication methods to improve the performance of electrochemical capacitors. His research focuses on the use of waste biomass derived carbon materials and inexpensive metal oxides for the fabrication of composite supercapacitor electrodes with improved energy density.

Among his publications, Genovese’s research can be found in the Journal of The Electrochemical Society, Electrochemistry Communications, Current Opinion in Solid State and Materials Science, and the Journal of Materials Chemistry A. Additionally, he has been awarded several graduate fellowships for sustainable energy research and was the recipient of the first place poster prize at the 2013 meeting of ECS’s Canada Section. 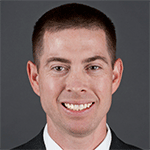 Regis P. Dowd, Jr. is currently a PhD student at the University of Kansas in the Chemical and Petroleum Engineering Department, where his research focuses on electrochemical systems, including fuel cells and energy storage devices.

His educational journey has taken him to both the University of Florida and Old Dominion University. During his time at the University of Florida, Dowd completed a four-term cooperative education position with the Dow Chemical Company, where he led various cross-functional teams in manufacturing process designs as well as research and development projects in the fluid mechanics and mixing group. 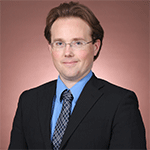 Sean Bishop’s work examines the electrical, chemical, and mechanical coupling in solid oxide fuel cell materials. Currently, he is a research associate at MIT and a visiting associate professor at Kyushu University in Japan.

Bishop’s interest in solid oxide fuel cell research began while under the guidance of Professor Erich Wachsman at the University of Florida, where he wrote his dissertation on defect induced lattice dilation, known as chemical expansion, in low to intermediate temperature solid oxide fuel cell materials.

After continuing his studies with Professor Harry Tuller at MIT, Bishop became an assistant professor at Kyushu University. Bishop is currently pioneering an in situ optical absorption measurement technique to examine fuel cell electrode kinetics on “natural” and chemical modified surfaces of thin films. He has also co-organized symposia at ECS conferences and is currently serving as secretary for the High Temperature Materials Division of ECS. 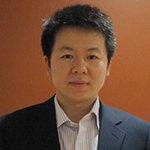 Recently, Luo joined Tianjin University – the first modern higher education institution in China – as a professor in the School of Chemical Engineering.

Luo has been the first or corresponding author of over 20 peer-review articles in the Journal of The Electrochemical Society, Nature Chemistry, Journal of the American Chemical Society, Accounts of Chemical Research, and more. Additionally, Luo has received a number of awards, including the Chinese Government 1,000 Talent Plan-Young Scientist Award (2014) and the Carbon Journal Prize for Outstanding PhD Thesis in Carbon Research. 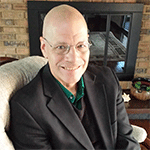 Following the Lead of R. B. Woodward and M. M. Baizer: Using Concepts in Physical Organic Chemistry to Shape the Course of Electrochemical Reactions
By Kevin Moeller

Kevin Moeller is a dedicated researcher and teacher, focusing on the broad area of organic chemistry with a particular interest in the use of electrochemistry as a tool for contrasting complex, biologically relevant molecules, exploring the chemistry of reactive radial cations, and functionalizing the surface of microelectrode arrays in a site-selective fashion.

Since joining Washington University in St. Louis in 1987, where he is currently a professor of chemistry, Moeller has taught over 4,800 students and guided 42 PhD students. In 2001, the Associated Student Union at Washington University in St. Louis named Moeller their “Faculty Member of the Year” and in the spring of 2014 he received the university’s Art and Science Council Award for Excellence in Research.

Moeller has spent time at UC Santa Barbara and the University of Wisconsin-Madison, working with researchers such as Daniel Little and Barry M. Trost. Throughout his career, Moeller has authored 135 papers and presented over 160 invited lectures.