Gather with your colleagues

The plenary session is one of the highlighted events of the meeting, allowing participants from every symposia to come together and recognize some of the greatest minds in the field.

ECS President Christina Bock will wrap up the first full day of the 237th ECS Meeting with IMCS 2020 by welcoming meeting attendees and introducing the highly anticipated lecturer, Harry Atwater, to give his talk, “New Directions for Energy from Sunlight.”

The agenda also includes the presentation of:

Be sure to add the talks of the Society, division, and section award winners to your meeting online program; they are in various symposia throughout the week. The recipients of these awards will be announced and scheduled this summer. 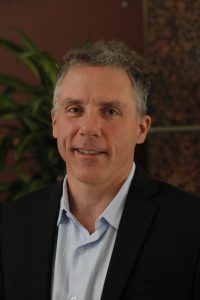 Harry Atwater is the Howard Hughes Professor of Applied Physics and Materials Science at the California Institute of Technology. Atwater’s scientific interests have two themes: light-matter interactions in materials and solar energy conversion. Atwater was an early pioneer in nanophotonics and plasmonics; he gave the name to the field of plasmonics in 2001. He has created new high-efficiency solar cell designs and has pioneered principles for light management in solar cells.  He currently serves as Director of the Joint Center for Artificial Photosynthesis, a Department of Energy (DOE) hub.

Harry Atwater is a Member of the US National Academy of Engineering and is also a Fellow of the APS, MRS, SPIE, and the National Academy of Inventors. He is the founding Editor in Chief for the journal ACS Photonics and is an Associate Editor for the IEEE Journal of Photovoltaics. In 2006 he co-founded the Gordon Research Conference on Plasmonics, which he served as chair in 2008.   He was also the founding Director of the Resnick Sustainability Institute at Caltech, and Strategic Director for the QESST photovoltaics NSF Engineering Research Center. Atwater was the co-founder of Alta Devices, whose technology holds the current world records for 1 Sun single junction solar cell efficiency and module efficiency. He also serves as Chair of the LightSail Committee for the Breakthrough Starshot program.

Professor Atwater served as President of the Material Research Society in 2000 and as Trustee of the Gordon Research Conferences.  Professor Atwater received his BS, MS, and PhD degrees from the Massachusetts Institute of Technology respectively in 1981, 1983, and 1987. He held the IBM Postdoctoral Fellowship at Harvard University from 1987-88 and has been a member of the Caltech faculty since 1988, where he teaches graduate-level Applied Physics classes in nanophotonics, solid state physics, and device physics.