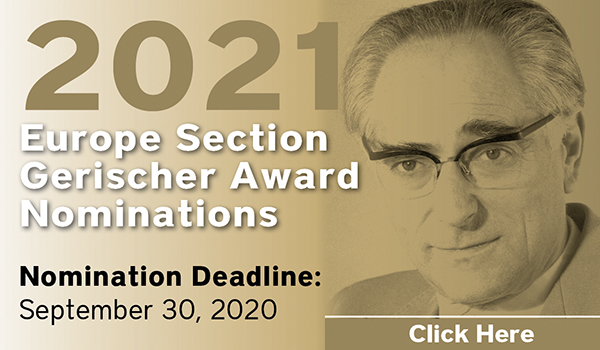 The ECS Europe Section Heinz Gerischer Award consists of a commemorative plaque and a prize of EUR 2,000. If needed, financial assistance is provided for non-reimbursed travel expenses incurred to receive the award (not to exceed EUR 1,000).

Nominations can be made by a single scientist or a group of scientists. Self-nomination is not permitted. The nomination package should include the following documents:

The nomination deadline is September 30, 2020. The award rules are on the ECS website. The preferred method to submit the nomination is via the ECS awards portal.