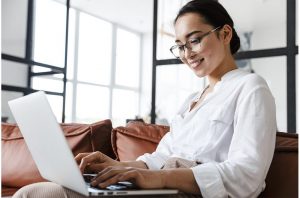 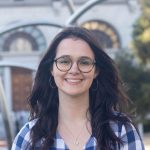 Abstract: Electrolytic devices for clean hydrogen production are governed and limited by multiscale transport, from the bulk water transport within the membrane electrode assemblies to localized transport in the catalyst layer. These limitations can decrease the efficiency of the systems and raise the cost for clean hydrogen production. Some diagnostic tools of understanding important transport are discussed and how to mitigate the losses in the system.

Bio: Julie Fornaciari (she/her) recently completed her PhD in Chemical Engineering at UC Berkeley under Prof. Alex Bell and Dr. Adam Weber, focusing on electrochemical energy conversion and storage of hydrogen gas. A first-generation college student from Chicago, she  received a BS in Chemical Engineering from the University of Pittsburgh. She is now at the Department of Energy as a Hydrogen Shot Fellow in the Hydrogen and Fuel Cell Technology Office in Golden, CO. 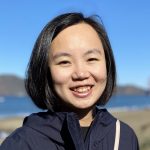 Abstract: Lithium metal battery (LMB) is widely regarded as the next generation high-density energy storage device. However, the stable long-term operation of LMB is hindered by the unstable deposition process of Li+. This talk focuses on designing a polymer layer to address this interfacial instability and to improve battery performance.

Bio: Rachel Huang obtained her BS in Materials Science and Engineering at the University of California, Berkeley, and is currently a PhD candidate in Materials Science and Engineering at Stanford University. Outside of research, Rachel is a stand-up comedian, performing at local theaters around the Bay Area. She loves the Northern California outdoors, and enjoys skiing, camping, and hiking in the Sierra Nevada. 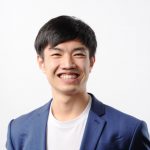 Bio: Matthew Liu is a PhD student in the chemical engineering department of Stanford University, a NASA space technology graduate research fellow, and an ARCS (Achievement Rewards for College Scientists) scholar. Matthew is a member of William Tarpeh’s lab, where he researches electrochemical reactive-separation processes to recover ammonia from nitrogen-rich wastewaters. He has a particular focus on the electrocatalytic nitrate reduction, which has led him to investigate systems driven by heterogeneous catalysis, molecular catalysis, and single atom catalysis.

The ECS San Francisco Section Daniel Cubicciotti Student Award was established in 1994 to assist a deserving student in Northern California pursue a career in the physical sciences or engineering. The award consists of an etched metal plaque and USD$2,000 prize. Up to two honorable mentions are extended, each receiving a framed certificate and USD$500 prize. Materials are due February 15 annually.

ECS sections offer many opportunities for members to engage and expand their professional networks. Not a section member? For more information or to join your region’s ECS section, email customerservice@electrochem.org.