Young researchers Guruprakash Karkera and Madeline Sciullo share what receiving the ECS travel grant meant to them and put in perspective why the grant is more than funding; it’s a gateway to the future. Here are their stories: 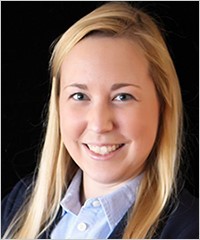 Madeline Sciullo is a fourth-year student studying electrical and computer engineering at the University of Florida.

She says she realized her first time attending and presenting at an ECS meeting, which happened to be PRiME 2016 in Honolulu, Hawaii, would be costly. But, she knew it was a meeting she had to attend.

“These international meetings are so crucial to the development of the field,” says Sciullo, of why she found it particularly important to attend the ECS meeting. “A lot of the work that I’m doing, nobody in the United States is doing. So there’s no point for me going to a conference that only has attendees from the United States.”

Because Sciullo was awarded the money to attend the meeting, she had the opportunity to listen to a diverse number of research projects throughout various fields, something she found especially insightful.

“Collaborating and understanding research from all across the world is really important. I definitely learned a lot, not just about my field, but everything else that could be related with the work that I do.” 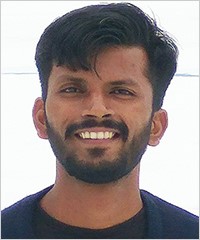 International collaboration is crucial to being well rounded. For international students, it’s even harder to attend an ECS meeting.

It wasn’t easy for Guruprakash Karkera, who resides in southern India, to attend an ECS meeting. Karkera applied for an ECS travel grant, received it, but it still was not enough for the international student. The cost of the long-distance flight, food, and other travel expenses was beyond the grant and the means of the young student, so he turned to family, friends, and professors to come up with the rest of the funds.

He says because the meeting draws in academics from all over the world in the electrochemistry field, he knew he had to go. “I was able to speak with very high-profile scientists from different parts of the world,” says Karkera, which is exactly what he hoped to do.

Karkera says although attending the meeting from overseas was costly, he doesn’t regret it. “I made contacts and listened to lectures. It was fantastic.” He is now looking for a doctoral position in the U.S. or Europe and working on paying back those who helped him attend the ECS meeting.

Invest in the future. Invest in a researcher.

Donate today so students across the globe can have the opportunity to hear about international advances and collaborate at future ECS meetings in 2019 and beyond.

Mail a check to The Electrochemical Society, 65 S Main St. Building D, Pennington, NJ 08534. Be sure to write Roque Calvo Fund in the memo section.

Be a leader and support the next generation!

Hear it for yourself

Hear their stories, in their own words, here.