Inspired by nature, Shelley Minteer and her research group at the University of Utah are looking for a way to merge electrochemistry and biology. With a little inspiration, Minteer aims to bring to life innovative devices that can be applied to anything from fuel cells to electrosynthesis.

The sciences of biology and electrochemistry tend to have many fundamental concepts in common. On the biological side, one can look at how humans eat and metabolize food in a comparative way to the functions of a fuel cell. Additionally, plants and electrosynthesis work similarly in the way they take in CO2 and produce fuel.

“As a group, we’re looking to see if we could use biology as our inspiration to do electrochemistry, and that has taken us into a lot of different applications,” says Minteer.

Specifically, Minteer and her group have been working on deep oxidation electrocatalysis, where they look to develop catalytic cascades to function together and do deep oxidation.

“Electrocatalysts can be used in a number of different areas,” says Minteer. “For example, you can use them in fuel cells where you would have the ability to deeply oxidize a fuel like methanol or sugar.”

While Minteer has always been interested in the sciences, it is in part due to her academic mentors that she became a chemist. Under the guidance of ECS Vice President Johna Leddy, Minteer discovered her passion for electrochemical science.

“When I went to graduate school, I thought I wanted to be a separation scientist,” says Minteer. “However, during the first semester I took Johna’s electrochemistry graduate course and basically fell in love with electrochemistry.”

Through studying under Leddy, Minteer became an academic grandchild of Allen J. Bard, the “father of modern electrochemistry.” Being a part of this scientific family tree shaped Minteer’s take on science into what it is today.

Aside from her work in analytical, biological, and materials chemistry, Minteer focuses her attention on the world of scientific publication as a Technical Editor of the Journal of The Electrochemical Society. 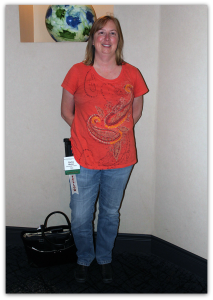 Minteer’s experience with scholarly publications has helped reinforce the idea that the landscape of scientific research has changed, and will continue to change with each generation of young scientists.

“If you look at the way my graduate students interface with the literature versus the way that I did when I was a graduate student, you can see they’re not interested in the paper publication, but instead Google Scholar and ReserchGate—ways they can intertwine social media and their science.”

Minteer believes that open access is the future of publications.

As for what the future of electrochemical science holds, Minteer believes a lot of that is dependent on the trajectory of technology.

“Google is talking about making smart contact lenses that will actually display your text message in the contact lens,” says Minteer. “In light of that, we’ve been making power sources that are actually built into the contact lens that you can use the power of lactate in your tears to generate the power needed to run those displays.”

No matter which direction technology turns, Minteer’s biological inspiration for electrochemical science is sure to yield a multitude of applications.