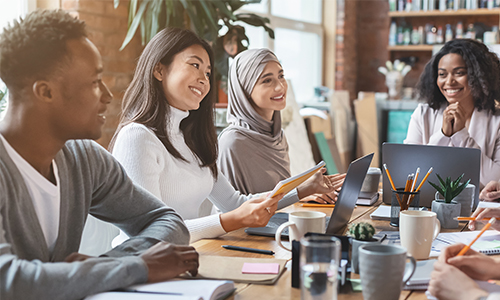 Webinar is open to the public

A diverse workforce and inclusive workspaces are critical for the advancement of science and the future of the chemical and chemical engineering fields. This virtual workshop, hosted by the Chemical Sciences Roundtable, will serve as a forum for academic, government, and industrial professionals to discuss the barriers to and best practices for creating more diverse, equitable, and inclusive environments in chemistry and chemical engineering classrooms and workplaces.

Freeman A. Hrabowski, III has served as President of the University of Maryland, Baltimore County since 1992. His research and publications focus on science and math education, with special emphasis on minority participation and performance. He chaired the National Academies’ committee that produced the 2011 report, “Expanding Underrepresented Minority Participation: America’s Science and Technology Talent at the Crossroads.” He was named in 2012 by President Obama to chair the President’s Advisory Commission on Educational Excellence for African Americans. With philanthropist Robert Meyerhoff, he co-founded the Meyerhoff Scholars Program in 1988. The program is open to all high-achieving students committed to pursuing advanced degrees and research careers in science and engineering, and advancing underrepresented minorities in these fields.

Geraldine (Geri) Richmond is the Presidential Chair in Science and Professor of Chemistry at the University of Oregon (UO) where she has been since 1985. Her educational efforts have focused largely on introductory chemistry and science literacy courses as well as being the director of several UO undergraduate research programs. She is a member of the National Academy of Sciences and serves on the National Science Board and as Secretary of the American Academy of Arts and Sciences. Dr. Richmond recently served as U.S. State Department Science Envoy to the Southeast Asian Lower Mekong River countries of Thailand, Myanmar, Cambodia, Vietnam, and Laos, and is the recent President and Chair of the Board of the American Association for the Advancement of Science (AAAS). A strong advocate throughout her career for diversity in the scientific workforce, Dr. Richmond is the founding and current Director of COACh, a grass-roots organization formed in 1998 that has helped in the career advancement of over 20,000 women scientists and engineers in the U.S. and in over 20 developing countries in Asia, Africa, and Latin America.