ECS’s Industrial Electrochemistry and Electrochemical Engineering Division (IE&EE) has presented two distinguished student awards to be accepted at the 227th ECS Meeting this May in Chicago, IL. 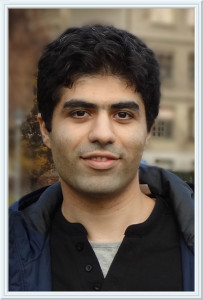 The IE&EE Student Achievement Award will be presented to Mohammad Mahdi Hasani-Sadrabadi of the Georgia Institute of Technology.

Hasani-Sadrabadi is currently a graduate researcher studying bioengineering at Georgia Tech. Aside from his current studies, Hasani-Sadrabadi spent time at the Swiss Federal Institute of Technology in Lausanne, where he developed microfluidic platforms for controlled synthesis of polymeric nanoparticles. In 2007, he began his research on fuel cells while at Amirkabir University of Technology. He continued to establish the Biologically-Inspired Developing Advanced Research (BiDAR) group as an international collaborative research time. His main research area of interest is the development of bio-inspired nanomaterials for energy and biomedical applications. Take a peek at Hasani-Sadrabadi’s award address: “Anhydrous High-Proton Conductor Based on Ionic Nanopeapods.”

The IE&EE Student Achievement Award was established in 1989 to recognize promising young engineers and scientists in the field of electrochemical engineering and to encourage participants to initiate careers in this field. 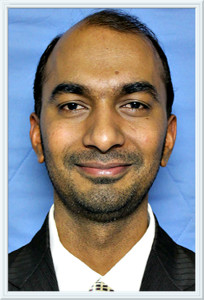 Vijapur is a Ph.D. candidate in the Department of Chemical and Bimolecular Engineering at Ohio University, working under the guidance of ECS’s Dr. Gerardine G. Botte. Vijapur’s doctoral research work involves development of graphene and amorphous carbon films using coal as a carbon source, with focus on detailed investigation of the growth mechanism by utilizing various spectroscopy, crystallography and chromatography techniques. He has also demonstrated the utilization of these carbon films in various electrochemical applications. Apart from his dissertation work, Vijapur is involved in coal electrolysis project for hydrogen production and synthesis of various nickel based nanocomposites for urea electrolysis. Take a peek at Vijapur’s award address: “An Investigation of the Growth Mechanism of Coal Derived Graphene Films.”

The IE&EE H. H. Dow Memorial Student Achievement Award was established in 1990 to recognize promising young engineers and scientists in the fields of electrochemical engineering and applied electrochemistry.

The purpose of ECS’s IE&EE Division is to encourage activities aimed at increasing the knowledge required to support both improvements in existing electrolytic processes and the establishment of new electrochemical technology. The division’s primary focus is on technologies designed to conserve energy and to address environmental issues relevant to the electrolytic industries.

ECS offers a variety of options for students to get involved, including a robust student chapter program. For more information, please click here.