Posted on September 7, 2021 by Kellie Gilbert 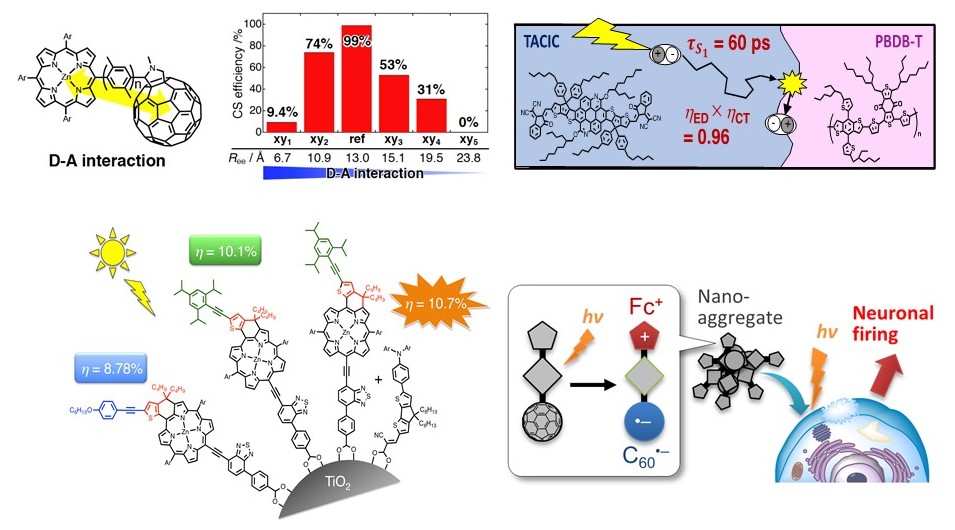 Hiroshi Imahori completed his PhD in Organic Chemistry at Kyoto University, Japan. From 1990-1992, he was a post-doctoral fellow at the Salk Institute for Biological Studies, U.S. In 1992, he became Assistant Professor at The Institute of Scientific and Industrial Research (ISIR), Osaka University, Japan, and then moved to the Graduate School of Engineering, Osaka University, as an Associate Professor. Since 2002, he has been a Professor of Chemistry, Graduate School of Engineering, Kyoto University. He received the JSPS (Japan Society for the Promotion of Science) Prize (2006), CSJ (Chemical Society of Japan) Award for Creative Work (2006), Osaka Science Prize (2007), NISTEP (National Institute of Science and Technology Policy) Researcher Award (2007), and was named Fellow of The Electrochemical Society (2016). His current interests involve solar energy conversion and organic functional materials.