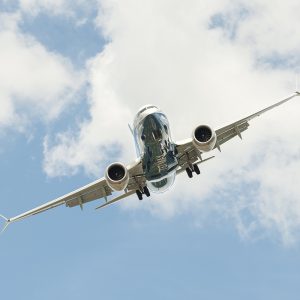 The recent fatal crash of a Boeing 737 Max 8 aircraft is forcing officials to take a closer look at the airplanes safety system. The accident—which happened just minutes after takeoff, killing all 157 passengers aboard the Ethiopian Airline—is suspected of being a result of a faulty sensory system built to stabilize the aircraft in flight, known as Maneuvering Characteristics Augmentation System (MCAS), according to USA Today.

Why was the MCAS added?

Boeing had originally added the MCAS after redesigning its 737 platform for the Max, changing the placement and size of the aircraft’s engines, consequently altering how the jet handled in flight. As a result, the Max tended to raise its nose in flight; a movement called pitch. If a plane pitches too high, it could lead to crashing or stalling of the aircraft—something the MCAS was installed to detect and prevent.

How the MCAS works

The system is constantly fed data from two synchronized wing-like devices called Angle of Attack (AOA) sensors, located on the plane’s nose. In the event of pitch, the MCAS automatically moves the aircraft’s nose down, without pilot input. Although pilots can cut off the system manually, its sudden activation can confuse pilots.

In addition, if the AOA sensors feed faulty or contradictory data to the MCAS, the system can force the aircraft into a dive, according to a Boeing service bulletin issued Nov. 6.

Flight data recovered from the October 2018 Boeing 737 Max Lion Air crash, showed pilots repeatedly tried to get the nose of the aircraft up.

The crashes have led to speculation of a defective MCAS, which has caused several countries to suspend all use of Boeing 737 MAX.

The future of sensors

Scientists, engineers, and researchers are constantly pushing the limits of technology, including sensors. And, it wouldn’t be so if it hasn’t been for some remarkable, successful breakthroughs. Advancements in sensor technology are giving farmers valuable feedback when it comes to growing crops, increasing global food security. Sensors are also helping reduce high tsunami death tolls—such as the 2011 tsunami which killed over 15 thousand people in Japan—with the help of early-warning tsunami detection system. They’re even helping robots become more human. And when it comes to aviation, sensor technology plays just as a vital role.

That’s why leaders in the science field continue to examine and improve the mechanics of sensors. ECS biannual meetings offer a space for researchers to gather and share ideas during technical sessions.

Stay up to date on the latest research in the sensors field in the Journal of The Electrochemical Society.