Some people strive to continue family tradition, while others prefer to cut their own path. Patrick Linford, grandson of prestigious electrochemist Henry Linford, happens to be stepping into his grandfather’s shoes merely by coincidence.

“If you’d rewind my life to last year, I had no idea what electrochemistry actually was,” says Linford.

Linford, current graduate student at the Massachusetts Institute of Technology (MIT) and U.S. Army Officer, was always fascinated by science and the technical side of things. Despite Linford’s grandfather dying a few years before his birth, their academic and career paths have many similarities.

“This work has tremendous applications in both the military realm and on the civilian side,” says Linford. 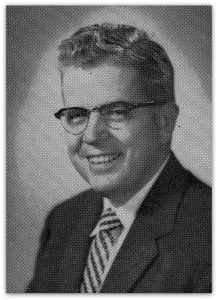 Henry Linford, past president of ECS and namesake to the Henry B. Linford Award for Distinguished Teaching.

Sensors allow us to acquire critical data, but they need a power source. Linford’s research focuses on powering the sensors with waste heat to so the device’s ability is not limited and more batteries do not have to be built as a power source.

Much like his grandfather, Linford’s initial interest in science was very broad. Not until touring the Electrochemical Energy Lab at MIT did Linford decide that electrochemical research was the path for him.

“My choice to go into energy research was possibly a consequence of where the world is and what I see as a very important area that we need to conduct research in,” says Linford.

“As far as energy goes, the main focus is to see how we can make our energy use more sustainable so that our grandchildren have energy and an environment to live in,” says Linford.

In addition to his work in energy, Linford is also enrolled in a program to teach at the U.S. Military Academy at West Point’s department of mechanical engineering. After he receives his Master’s degree, Linford’s next step will be to spend three years there teaching. Much like his grandfather, Linford will transition from the world of electrochemical research to academia.

“I knew electrochemistry was something my grandfather was involved with and I knew he was a professor,” says Linford,” so I attributed that if I was good at science, it was—to some extent—because I had a lot of him in me.”

Though, Linford has cut his own path that is not only different than his grandfather’s, but also everyone else in his family.

From Research to Military 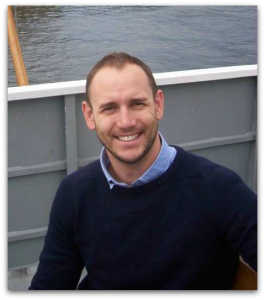 Linford enrolled in the army through attending West Point as an undergraduate. This has not only impacted his life, but also his science.

“Most people are creatures of habit and experience that they’ve had,” says Linford, “so even when you try to think of things creatively, you’re still guided and shaped by your experience. I’m sure my time in the army will make me look at potential military applications of my research.”

While there are many differences between Linford and his grandfather, even he can acknowledge the striking similarities that occurred fortuitously.

“It wasn’t until I started to like the electrochemical projects that I realized I was heading in the same field as my grandfather,” says Linford. “It’s kind of funny because it was almost in spite of not knowing much about my grandfather that I stumbled into that.”

Learn more about the Henry B. Linford Award for Distinguished Teaching.