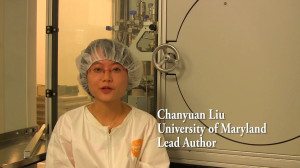 Each nanopore is shaped exactly like the others, which allows the tiny batteries to be packed together efficient. The space inside the holes take up no more space than a grain of sand.

Researchers are now working on improvements that could make the next version 10 times more powerful. They hope to get the product ready for commercialization in the near future.

Liu, a Ph.D. student in materials science & engineering, is the first author of the published research. You can find it here in Nature Nanotechnology.

Read more of Liu’s research in ECS’s Digital Library and join her and other brilliant scientific minds by becoming an ECS member today!