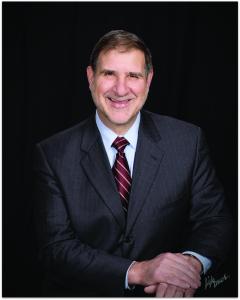 Robert Savinell, editor of the Journal of The Electrochemical Society

With a historical tradition of scientific excellence and commitment to the pursuit and open exchange of scientific knowledge, JES has accumulated papers through the years that have long-lasting merit. In an effort to preserve the voices of distinguished scientists and engineers who have helped shape our world, the Society implemented the ECS Digital Library Leadership Collection.

Robert Savinell, professor at Case Western Reserve University, is one of the newest faces to conserve this highly significant research. Through a generous gift to the ECS Digital Library, The Robert F. Savinell Collection has been established and the Society has taken yet another step toward its commitment to open access publishing.

Preserving the science of the past

“Most of the papers that get published in the ECS journals have long-lasting value,” says Savinell, editor of JES. “They’re more than just recent news blurbs that introduce a new idea that in a few years will fade away.”

Through a strong editorial and peer-review process, the papers published in JES are not only topically relevant when they are published, but also carry a fundamental insight that applies more broadly than their specific application.

“I think there’s a lot of value in that kind of information that’s being archived forever,” Savinell says.

Beyond the preservation of these timeless voices, Savinell’s gift to the leadership collection supports ECS’s commitment to open access publishing—something Savinell sees as the ultimate future of scholarly publications.

“[Open access] is very important because this whole field is growing very quickly,” Savinell says. “Being able to have scientists globally look at some of these major issues—issues that are not just affecting the U.S., they’re affecting the whole world—having access to new knowledge as it’s developing is going to be extremely important for people to integrate these ideas and advance new ones.”

Not only does open access publication make knowledge accessible to scientists from all corners of the world, it also introduces different perspectives into research. By seeing conflicting ideas and acquiring all of the necessary research, one can begin to ask the deeper questions.

“Eventually, the cream rises to the top,” Savinell says.

By gaining a more holistic understanding, researchers can paint a more complete picture and advance developments at a faster rate. For Savinell, this is one way to tackle some of the world’s most pressing issues, ranging from energy to medicine.

“Having open access is one way to [tackle those issues],” Savinell says. “That’s where ECS plays a very important role. We are not a professional publication house that has shareholders, our role is focused on the dissemination of knowledge and bringing people together.”

Growing with the Society

Savinell’s ties to ECS run deep. Since joining the Society in 1978, ECS has always been closely linked with his professional growth and development. Not only has ECS been a venue for Savinell to discuss his research and the fundamentals behind it, but it has been a place where he has met some of his best friends.

“Going to an ECS meeting is like going home,” Savinell says. “It’s like going to Thanksgiving dinner and seeing all of your friends.”

Currently, Savinell’s research is focused on some of the engineering issues related to large scale energy storage. With his most recent work on flow batteries, Savinell is working to develop an energy storage device that can store intermittent energy sources like wind and solar.

“Electrochemistry is very fundamental in a lot of different things,” Savinell says.

Aside from its applications in the energy sector, electrochemistry touches almost every portion of our daily lives from corrosion to human health.

About 30 years ago, electrochemistry was considered a niche area of chemistry, separated from the field. Now, there is a broader community surrounding electrochemical science and technology, something Savinell expects to see grow in the future.

“It wouldn’t surprise me if electrochemistry was viewed as a fundamental science in 20 or 30 years, much like mathematics is now,” Savinell says.