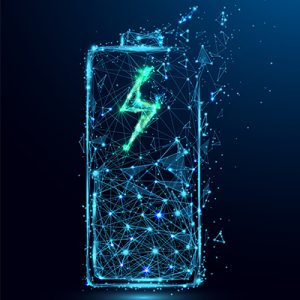 Register for the September 22 event!

A solid electrolyte interphase (SEI) is generated on the anode of lithium ion batteries during the first few charging cycles. The presence and stability of the SEI is critical to the performance of the battery. Despite thorough investigation of the SEI for the last few decades, the SEI remains poorly understood. Over the last several years, additional investigations have been conducted of the structure of the initial SEI formed on graphite electrodes along with changes which occur to the SEI upon additional cycling. The investigations provide significant new insight into the structure and evolution of the anode SEI. The initial reduction products of ethylene carbonate (EC) are lithium ethylene dicarbonate (LEDC) and ethylene. However, the instability of LEDC generates an intricate mixture of compounds which greatly complicates the composition of the SEI. The reduction products and their subsequent decomposition products have been thoroughly investigated via a combination of NMR, XPS, IR-ATR, TGA, GCMS, and OEMS. Mechanisms for the generation of the complicated mixture of products are presented along with the differences in the SEI structure and function in the presence of electrolyte additives vinylene carbonate (VC) and fluoroethylene carbonate (FEC). While transition metal catalyzed degradation of the anode SEI has been widely proposed as a primary source of capacity loss for high voltage lithium ion batteries, we propose a related acid induced degradation of the anode SEI. The role of potential on the generation of soluble acidic fluorophosphates crossover species and the impact of these species on the structure and stability of the SEI is presented. 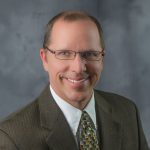 Prof. Lucht completed a PhD in Chemistry in 1996 at Cornell University followed by postdoctoral research at the University of California, Berkeley. He arrived at URI in 1998, was promoted to Associate Professor with tenure in 2002, and Professor in 2006. Prof. Lucht is a Fellow of The Electrochemical Society and serves as an Associate Editor for the Journal of The Electrochemical Society and Treasurer for the ECS Battery. He received numerous awards for research and intellectual property at URI. With over 160 manuscripts published in peer-reviewed journals, his manuscripts have been referenced over 11,000 times with an h-index of 64 (Google Scholar)—and he has published two book chapters and holds nine patents. Prof. Lucht has been an invited or keynote speaker at over 150 companies, universities, national laboratories, and national and international conferences.

ECS sections offer many opportunities for members to engage and expand their professional networks. Not a section member? For more information or to join your region’s ECS section, email customerservice@electrochem.org.