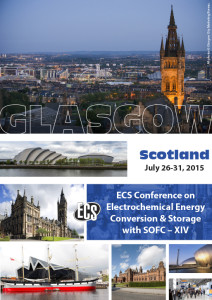 James Croll (1821-1890)
Scientist
Croll developed a theory of climate change based on changes in the Earth’s orbit in the 19th century. While many people discussed Croll’s work, his theory was generally disbelieved. The basic concepts behind his theory were further developed in the late 20th century, which became generally known as Milankovitch cycles.

George Forbes (1849-1936)
Electrical Engineer
Forbes was involved in the manufacturing of carbon filaments and arc lamps. He also experimented in using carbon for the brushes in electrical motors, which advocated carbon as a collector for rotating electrical machines making it the universal choice in electricity generation to this day.

Robert Angus Smith (1817-1884)
Chemist
Smith investigated a huge array of environmental issues, including air pollution. His seminal research in 1852 yielded the discovery of what came to be known as acid rain.

Charles Wilson (1869-1956)
Physicist
From his interest in physics and chemistry, Wilson invented the cloud chamber. The cloud chamber is a particle detector used for detecting ionizing radiation, which earned him the Nobel Prize in physics.

Make sure to join us in Glasgow this July! The deadline for early-bird registration is June 15, 2015.