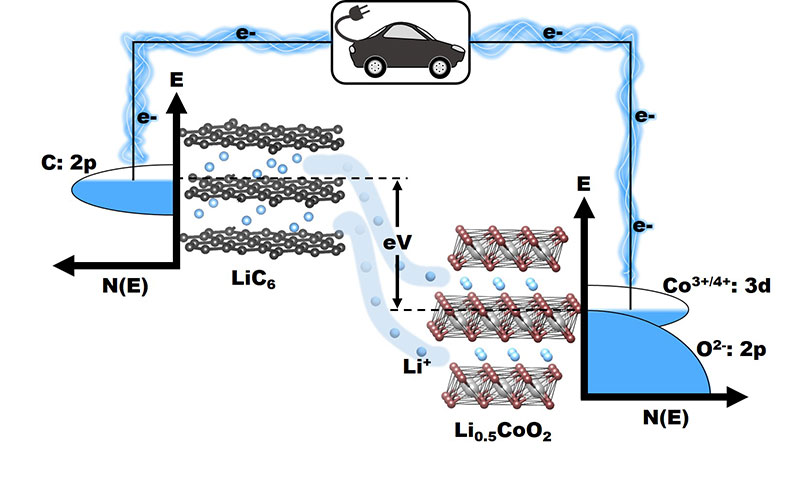 A half-century-long marriage between solid state science and electrochemistry has led to many wonders, impacting our lifestyle and the well-being of people and the planet. For example, the birth of lithium-ion battery (LIB) technology has touched all of our lives. We are inspired by our heroes, 2019 Nobel Prize in Chemistry recipients Professors Stanley Whittingham and John Goodenough, and Dr. Akira Yoshino. Their pioneering work brought the global battery community to new heights. A close interaction between solid state chemists/physicists and electrochemists, involving the design and development of new materials, and an in-depth understanding of their electrochemical behavior, made LIB technology possible.

The most expensive component in a LIB is the cathode, which also limits the energy density (user time). The 1980s discovery of oxide cathodes by Goodenough’s group at the University of Oxford (England) and the University of Texas at Austin (U.S.) made possible a reasonable user time between charges in the present-day LIB. A recent Nature Communications article illustrates how bringing young and experienced minds together in basic science work can transform society.1 Three classes of oxide cathodes were discovered in the 1980s through Professor Goodenough’s collaboration with three visiting scientists from different parts of the world.

The oxide cathodes enabled a significant increase in energy density due to an increase in cell voltage to ~4 V—compared to < 2.5 V with sulfide cathodes (e.g. TiS2) employed in the 1970s by Professor Whittingham to demonstrate the rechargeable lithium battery concept.2 The increase in energy density with an oxide cathode is due to the ability to access lower lying energy bands with higher oxidation states like Co3+/4+, as the top of the O2-:2p lies at a lower energy compared to the top of the S2-:3p band, thereby increasing the cell voltage (Figure 1). The three classes of oxide cathodes Professor Goodenough’s group developed are (i) layered LiCoO2 involving Koichi Mizushima from Japan;3 (ii) spinel LiMn2O4 by Michael Thackeray from South Africa;4 and (iii) polyanion LixFe(XO4)3 (X = Mo, W, and S) by Arumugam Manthiram5,6 from India. In addition to increasing the cell voltage upon going from a sulfide to an oxide, the polyanion oxides illustrated yet another way to further increase the cell voltage—through a lowering of the Fe2+/3+ redox energy because of a decrease in the Fe-O bond covalence caused by the more covalent X-O bonds (inductive effect).

The three cathode classes identified in the 1980s have served as a foundation for decades of research and development efforts in academia and industry. They are also the basic foundation for the future developments of not only LIB electrodes, but also sodium-ion battery electrodes (layered and polyanion).