END_OF_DOCUMENT_TOKEN_TO_BE_REPLACED

Inspired by nature, Shelley Minteer and her research group at the University of Utah are looking for a way to merge electrochemistry and biology. With a little inspiration, Minteer aims to bring to life innovative devices that can be applied to anything from fuel cells to electrosynthesis.

The sciences of biology and electrochemistry tend to have many fundamental concepts in common. On the biological side, one can look at how humans eat and metabolize food in a comparative way to the functions of a fuel cell. Additionally, plants and electrosynthesis work similarly in the way they take in CO2 and produce fuel.

“As a group, we’re looking to see if we could use biology as our inspiration to do electrochemistry, and that has taken us into a lot of different applications,” says Minteer.

END_OF_DOCUMENT_TOKEN_TO_BE_REPLACED

ECS will be offering three Short Courses at the 227th ECS Meeting this May in Chicago. Taught by industry experts, the small class size makes for an excellent opportunity for personalized instruction helping both novices and experts advance their technical expertise and knowledge.

This course is perfect for those with an interest in biofuels and renewable energy. Attendees can expect to learn about the production and use of biofuels, the advances in synthetic biology that have improved biofuel production, advance sin ananotechnology that have improved electrochemical biofuel production, electrochemical uses of biofuel, and more—including fuel cells, enzmatic biofuel cells, and microbial biofuel cells. Read more. 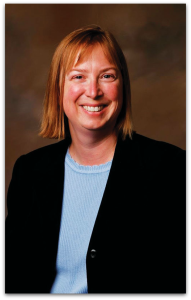 About the Instructor
Dr. Shelley D. Minteer is most well known for her contributions to the use of catalytic cascades for anodic electrocatlaysis. In 2003, Professor Minteer co-founded Akermin, Inc. with her previous graduate student, which has focused on the commercialization of her biofuel cell technology and has moved on to carbon capture technology. Her roles with ECS have included: Chair, Vice-Chair, Secretary-Treasurer, and Member-at-Large of the Physical and Analytical Electrochemistry Division, as well as being a member of multiple other Society committees. She is currently the technical editor for the Journal of The Electrochemical Society and ECS Electrochemistry Letters.