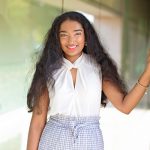 I don’t know what you were doing when you were 17, but Meghana Bollimpalli, a student at Central High School in Little Rock, Arkansas was inspired by a seminar on energy storage. Bollimpalli began working towards figuring out a way to make supercapacitors from cheaper materials. She discovered a mixture of tea powder, molasses, and tannin, with a pinch of phosphorous and nitrogen, could achieve the same performance as a platinum-based electrode, for just $1 each, taking home the 2018 Intel Foundation Young Scientist award. Not bad for a high school student. END_OF_DOCUMENT_TOKEN_TO_BE_REPLACED

Is There a Benefit in Making Graded Electrodes? A Revisit to the Controversial Topic

This article refers to a recently published open access paper in the Journal of the Electrochemical Society, “Is There a Benefit in Employing Graded Electrodes for Lithium-Ion Batteries?”

The contour plot for the resistance of a 2-layer graded cathode with different porosity combinations. Layer 1 is the layer near the separator, and layer 2 is near the current collector. The blue dot represents the point of minimum resistance (5.1164 Ω-cm2) for the 2-layer graded electrode. The diagonal line of ε1 = ε2 is equivalent to the single layer uniform case. The intersection point (5.3510 Ω-cm2) of the diagonal line with the contour is the optimal point for single layer design. The hatched area inside the contour represents the search space for 2-layer graded electrode design with resistance no bigger than the uniform optimal case. By introducing the 2-layer graded electrode structure, the feasible region changes from a point to a reasonably sized area. With the extra freedom in design, more objectives can be considered without resulting in an electrode with higher resistance.

Functionally graded materials have been widely developed in various fields, including the solid oxide fuel cells. However, its application in batteries is less common. Using simulation and optimization, both benefits and negligible improvement have been reported in the literature, depending on how the problem is formulated. The cases where people saw little impact by incorporating graded electrode design are cases where only one design objective, the energy density, is considered. While the cases where bigger improvement was reported are either compared to a base case as opposed to the best single layer case or considered with more than one design objectives.

In a recently published paper, we shared our opinion on this controversial topic. We applied two different optimization approaches to the secondary current distribution porous electrode model to confirm the optimal profiles acquired, and to facilitate the multi-objective optimizations later on. When looking at a single objective, minimizing the overall electrode resistance, and comparing with the optimal single layer case, only 4-6% modest reduction can be achieved. Therefore, we agree with the conclusion that for single objective optimization, graded structure does not make a big difference.

However, electrode design is not a simple matter where only one goal is desired. One of the powerful features of battery modeling is that it can give us insights on battery’s internal status, which is difficult to get otherwise. In our paper, we minimized the value and distribution of activation overpotential inside the electrode along with the overall resistance. What we discovered is that even though doing graded electrode cannot reduce the overall resistance much, with the extra design freedom in porosity distribution, the search space increased dramatically in the 2-layer graded electrode case compared to the single uniform layer case. The extra design space is very important in multi-objective optimization, allowing us to take into account other design considerations, including controlling the internal status. We believe that the value of graded electrode lies in the enlarged search space for additional design considerations, not just the improvement in a single objective.

Aligned with ECS’s commitment to Free the Science, we also believe that open access facilitates collaboration and speeds up scientific advancement. We have developed a free electrode design tool on our website (http://depts.washington.edu/maple/Design.html). This open access executable code is readily runnable on any Windows computer without extra software requirement. The tool allows users to change model parameters, thus can accommodate any electrode chemistry. Detailed explanation and instructions can be found on the webpage. We hope that this tool can help the community to achieve better battery performance.