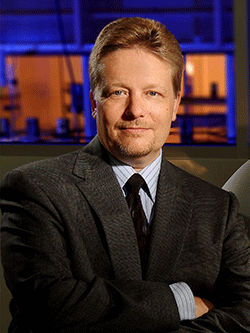 Behind the wheel of a ’68 Dodge Charger, Eric Wachsman discovered his passion for clean energy technology. He was a teenage boy in high school, and the open road was calling out to him.

“I just lived for cars,” says Wachsman, who serves on the ECS board of directors. “I could not wait to get my first car.”

So when he hit the road in his $1,500 hot rod, loaded with a holley double pumper carburetor, headers. “You name it.” He was thrilled. “That thing was the fastest thing around.”

However, life on the road soon came to a screeching halt.

“The first gas crisis hit. And we had to stand in line for gasoline,” explains Wachsman, describing a time when cars were only permitted to get gas on certain days, according to their plate number.

“And it made an impression on me how important energy was,” says Wachsman. “And so it was because of my love of cars, the importance of energy, that I got into science. Because I wanted to do something to address that. And that really goes all the way back to high school.”

Today, Wachsman is an expert on solid oxide fuel cells. He is the director and William L. Crentz Centennial Chair in Energy Research at the University of Maryland Energy Research Center and has more than 250 publications and 17 patents on ionic and electronic transport in materials, their catalytic properties, and device performance.

Hear more about Wachsman ’s journey into the science field on the ECS podcast below.