Webinar: Graphene and Its Supercapacitor Applications

Posted on February 24, 2021 by Keerthana Varadhan

Graphene is the ultimate two-dimensional material, consisting of a single layer of sp2 hybridized carbon. A facile, inexpensive, solid state method for generating, patterning, and electronic tuning of laser-converted graphene is discussed. Briefly, graphite can be converted into graphene oxide (GO) sheets, which readily disperse in water and can then be reduced by various methods. Due to its unique ability to be solution processed and patterned, GO can be laser reduced to graphene directly onto various substrates without masks, templates, post-processing, or transfer techniques. This work paves the way for the fabrication of inexpensive electrochemical energy storage devices that combine batteries’ energy density and the power density of capacitors. Additionally, due to its unique graphitic domain size and abundant functional groups, carbon nanodots (CNDs) are shown to have the ability to patch defects in a graphene lattice, demonstrating an unprecedented fast response for potential AC-line filtering applications. This study paves the way for the development of miniaturized graphene-based supercapacitors that show outstanding electrochemical performance. 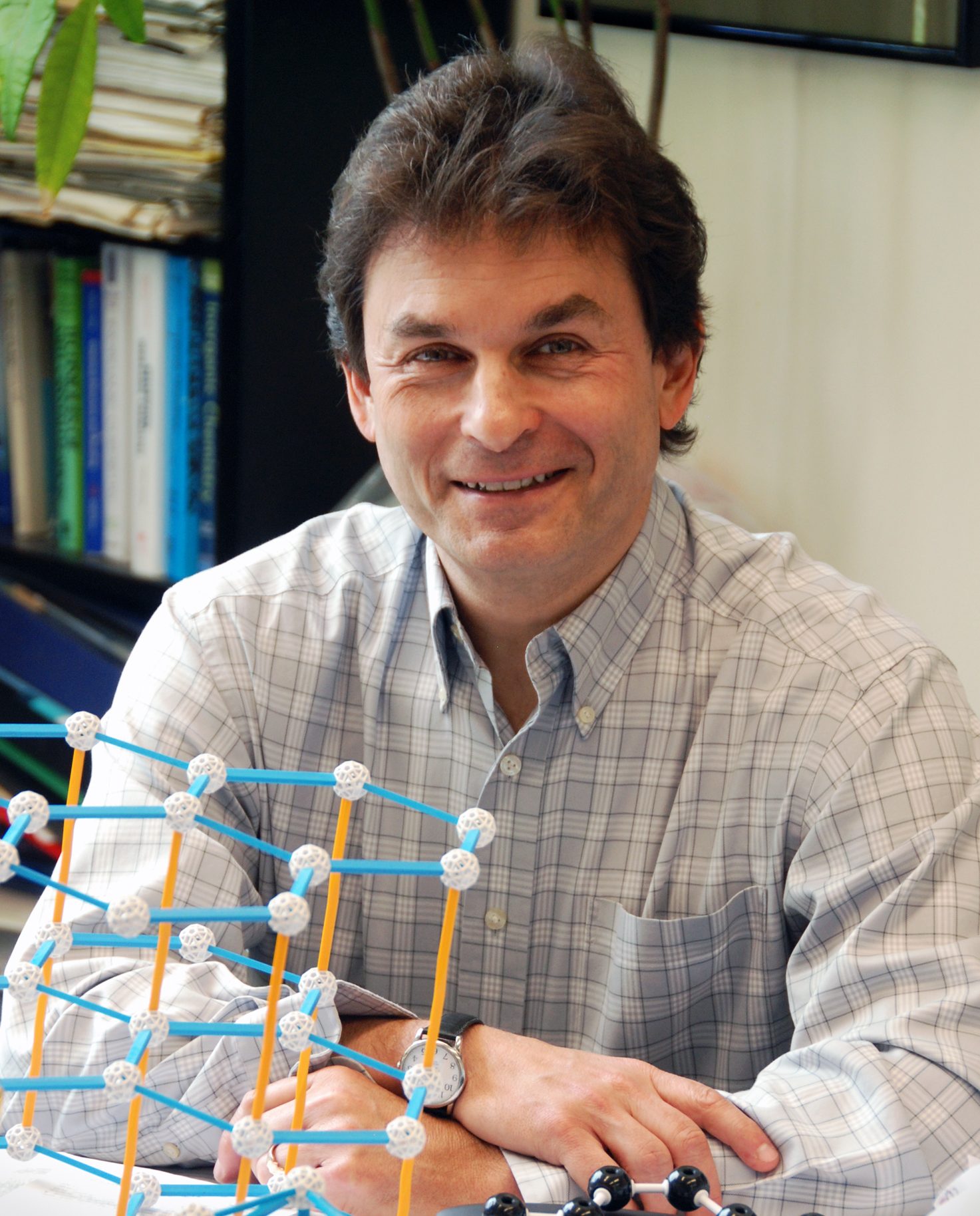 Dr. Richard B. Kaner received a PhD from the University of Pennsylvania, U.S., in 1984, working with Prof. Alan MacDiarmid (Nobel Laureate 2000, deceased). After postdoctoral research at the University of California, Berkeley, U.S., he joined the University of California, Los Angeles, U.S., in 1987, earned tenure in 1991, became a full professor in 1993, a Distinguished Professor in 2012, and was appointed to the Dr. Myung Ki Hong Endowed Chair in Materials Innovation in 2017. He has published over 425 papers in top peer-reviewed journals and holds 47 U.S. patents. According to the most recent Clarivate Analytics/Thomson-Reuters rankings, he is among the world’s most highly cited authors. Prof. Kaner has received awards from the Dreyfus, Fulbright, Guggenheim, Packard, and Sloan Foundations along with the Materials Research Society Medal, the Royal Society of Chemistry Centenary Prize, the Chemical Pioneer Award from the American Institute of Chemistry, and the American Chemical Society’s Buck-Whitney Research Award, Tolman Medal, and Award in the Chemistry of Materials for his work on refractory materials including new synthetic routes to ceramics, intercalation compounds, superhard metals, graphene, and conducting polymers. He is a Fellow of the American Association for the Advancement of Science, American Chemical Society, American Physical Society, European Academy of Sciences, Materials Research Society, and Royal Society of Chemistry.