Webinar: Physics of Dopant Emission to Harness the Rainbow Emission of Nanocrystals

Posted on April 1, 2021 by Keerthana Varadhan 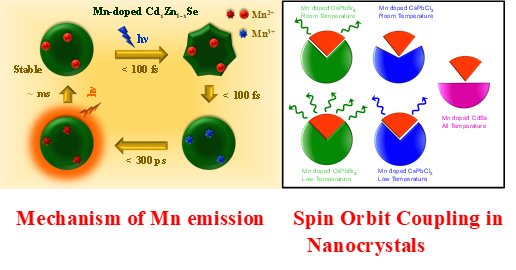 The physics of Mn (Manganese) emission in nanocrystals is one of the most intriguing emissions. Its origin has been debated for several decades. Being a spin and forbidden orbital excitation, its intensity has puzzled many researchers. However, this intense emission also gives rise to several interesting properties, especially upon understanding the mechanism of excitation and emission. Hence, it is the topic of discussion even in recent literature, specifically in the context of storing the spin information. This webinar discusses the various anomalous manifestations of the optical properties of Mn emission, like polarized emission and extensive back transfer. The hosts were thought to be non-consequential, but we demonstrate that the host indirectly plays a critical role in the emission. Thus, the introduction of Mn in perovskites has given a whole new dimension previously not observed in II-VI semiconductor quantum dots. The webinar also reviews the origin of these anomalous properties which can be utilized in several devices, specifically playing a key role in quantum computing. 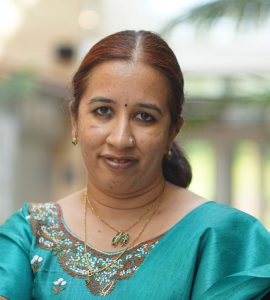 Dr. Ranjani Viswanatha is an associate professor at the Jawaharlal Nehru Centre for Advanced Scientific Research (JNCASR), Bangalore, India. She graduated from the Indian Institute of Science, Bangalore, with MS and PhD degrees. After several postdocs  at the University of Arkansas, US, and Los Alamos National Lab, she joined JNCASR as an Assistant Professor. Viswanatha’s research interests include optical, magnetic, magneto-optical, and electronic structure studies of nanocrystals with an emphasis on II-VI semiconductors and perovskite nanomaterials. Her research has been published and cited in international journals, and she holds several patents in the field. Viswanatha is a member of the editorial advisory board of ChemPhotoChem. Her work has been recognized through several awards and honors.