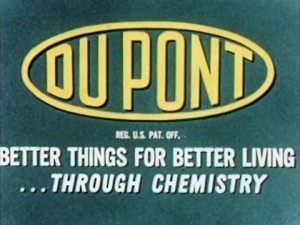 Or … Better living through working with more stuff.

This is from the Summer 2014 edition of Interface which should have just arrived in your real-world mailbox. It’s Petr Vanysek’s “From the Editor” piece.

I think that I will need to change what I do. No, I am not thinking of quitting electrochemistry and opening a kennel for German shepherds. I like chemistry and I do not see eliminating it from my life, but the college freshmen students would probably prefer to see it, at least in the name, all gone. Now, it seems, that even the analytical chemistry specialty is in peril.

You see, I am going to give a recruitment talk at a chemistry department at one of the Wisconsin universities. This is how it works: our department sends neighboring schools fliers describing our PhD program and offers to send a professor to give a seminar presentation. The host department gets a free seminar out of it and our department may entice some students to apply to our graduate program. Even if nobody applies right there and then, the departments keep in touch, which is always nice. In preparation for the trip I offered a few topics I could discuss, all electrochemical, and I asked which would be the most appreciated by the students. The guidance I got was frank and disheartening. “For some reason,” the instructor in charge wrote, “the word ‘Analytical’ seems to cause student aversion – thus I’d counsel against its use in a title.”

Electrochemistry at U.S. chemistry departments is traditionally part of the analytical chemistry curriculum, so how long can I hide the fact that I am a chemist and an analytical one at that? The more pressing question is, what can we do about it? There are possibly two reasons why the present student population does not care much for chemistry. One goes back to their parents and grandparents. Larry Faulkner in his tribute to Bard and Goodenough, pointed out how the DuPont slogan “Better Living Through Chemistry,” adopted in 1935, lost the “through chemistry” in 1982.

As useful as chemistry was, it got its share of negative publicity through environmental pollution, spills, and accidents that were sometimes quite spectacular. Smoking factory chimneys, a symbol of industrialization and modernization well into the 20th century, quietly disappeared from company logos and prospect materials, and eventually, from the actual factory yards. Chemistry operations are now much cleaner, much safer, and with decidedly less negative impact than even ten years ago. Still, the traditional mistrust dies off slowly and while introduction of a more powerful battery in each new version of a cell phone is expected, chemistry does not get any credit for it, but an unfortunate accident will get all the attention.

The second reason why chemistry is not a favored subject is not chemistry, but rather, math. More precisely, it is the word problems that should be practiced in the school curriculum before a student is admitted to college. But they are probably not. Students often report that they liked math in high school and even the grades seem to indicate that they did well. But they are at loss when asked to solve a word problem. You know, those that start something like: “A train leaves Chicago for Boston traveling 60 mph, while a second train leaves Boston for Chicago at 80 mph. A bird flies back and forth between the two ….”

Part of the difficulty could be that the grades do not reflect so much ability as perhaps participation. Part of it could also be blind reliance on calculators and lack of emphasis on pondering whether the calculator result makes any sense. In the background test in my freshmen chemistry, 85 percent of students answered the following question correctly: “Five oranges cost three dollars. What is the price of seven oranges?” Chemistry has a lot of such questions, with dollars and oranges replaced by moles and grams. It is the remaining 15 percent of the class that are the big worry. They will never pass, let alone appreciate, chemistry.

What is one to do to improve the image of chemistry? On the math side, word problems and brainteasers should come back into vogue. And we should rethink whether all of the freshmen with their varied backgrounds should be in the same class of two hundred or more. On the vanity side, perhaps we should give up on the name chemistry and come up with another one. When I fly somewhere and fellow passengers strike up a conversation, I learned a long time ago not to say that I teach chemistry. The response was usually “I hated chemistry.” As insensitive as it was, it reflected their experience and this experience is certainly passed on to the next generation. So now I say instead that I am an electrochemist, and I even gingerly mumble the “chemist” part, just to be safe. Few know about electrochemistry, so I can start talking about batteries, energy, corrosion, and many other conversation topics and I never get to explain what I actually do.

To leave a positive impression of our scientific field, perhaps we need to come up with a new name. I recall a junior colleague from the geology department who used to come for some chemistry advice. She had a positive attitude towards chemistry, as it was useful in her research. And once she remarked that “Chemistry is better than geology! There is more stuff!” Maybe we should all embrace a new slogan for chemists: “Better living through working with more stuff.”