AI Powered Sensors Are the Future 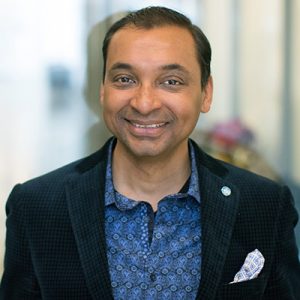 Sushanta Mitra, lead author, mechanical and mechatronics engineering professor at the University of Waterloo, and executive director of the Waterloo Institute for Nanotechnology.

“There are a lot of sensors that have been made, a lot of reliable sensors which work really well independently; however, the decision-making always requires a human,” said Ajit Khosla, sensors technical editor of the Journal of The Electrochemical Society (JES) and chair of The Electrochemical Society’s Sensor Division. Which is why the paper, “Artificial Intelligence Based Mobile Application for Water Quality Monitoring” piqued Khosla’s interest in particular.

“AI powered sensors are the future.”

“This is the first time that we have received and accepted a journal paper which involves artificial intelligence (AI), machine learning, water quality management, and sensors,” said Khosla. “This work represents an example of one of those initial steps towards a smart technology driven sustainable society where data acquired by sensors helps AI make human-like decisions or human-like operations. Quantum sensors, quantum computing, and AI will transform the way we live and will play an integral role in achieving sustainability and a sustainable world. AI powered sensors are the future.”

The research team behind the paper developed an AI-based mobile application platform that captures the sensor image using an inbuilt smartphone camera that can reveal whether water is contaminated by detecting the presence or absence of bacteria based on visual appearance.

According to the paper, the new technology offers detection accuracy of 99.99%, which the team says can be attributed to the elimination of subjective decision making from human intervention.

Sushanta Mitra, lead author, mechanical and mechatronics engineering professor at the University of Waterloo, and executive director of the Waterloo Institute for Nanotechnology, spoke about what it was like to create this innovative sensor and the motivation behind them.

“My group has been working on water quality monitoring for some time,” said Mitra. “We realized that even in places that don’t have access to safe and clean drinking water, they have access to cell phones. So we thought, we can use a cellphone-based mobile app which will accurately drive the AI.”

So, what does this mean to the big picture of the sensors field?

“What our paper really shows is that for the first time we are able to merge sensor technology where the sensor is taking images to understand or detect a particular disease, in this case, E. coli in water. When we merge the sensor with AI in terms of machine learning, this creates a predictive tool,” explained Mitra. Not only is the technology groundbreaking in the sensors field, but it will also help people get access to safe and clean drinking water, he added. 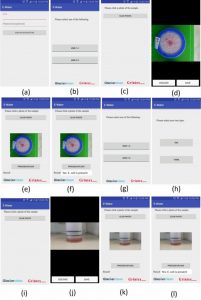 “Typically you have to collect the water, send it into a lab, use culture, grow bacteria, etc., and by the time the results are sent back to the community, there are already people accessing, drinking, and getting sick or dying from that water. This will create an early warning system to people who need it the most,” said Mitra, who presented his paper at AiMES.

The researcher’s testing kit, known as Mobile Water Kit (MWK), can detect E. coli in water samples within an hour, and in addition, offers a low-cost alternative.

Mitra explains it took a great deal of collaborating to make this project a reality.

“We worked with our partner Southern Ontario Smart Computing Innovation Platform (SOSCIP), who funded this project. We had many discussions with IBM experts who build a lot of these analytics on mobile platforms. That’s why we picked Google TensorFlow, an open source deep learning AI framework, to retrain Google’s inception neural network for distinguishing between the sensor images, which can detect the presence and absence of the target bacteria,” said Mitra.

Khosla shares that this type of partnership is often one that those working in the sensor and materials science industry shy away from, especially researchers in academia.

“AI and machine learning are not really what researchers in sensors and materials comfortable with, so we tend to shy away from it a little because we don’t know how to bridge the gap to sensors. But this paper shows it’s achievable. Bridging the gap can create applications like this, and the industry is pushing for this. I hope this encourages other researchers. Collaborations with experts from different fields is the key, just like Dr. Sushanta Mitra did. Collaborative interdisciplinary research in the field sensors, artificial intelligence, energy and energy storage, material science, manufacturing will foster innovation, discovery, and will realize a sustainable society,” said Khosla.

So, what’s next for Mitra and the research team?

“I should really emphasize, this technology is not only for water,” Mitra notes.

He explains as long as a disease offers distinguishable patterns or color changes, their sensors can also detect it.

“For example, let’s say a doctor takes an X-ray, in the future, someone can use the app to detect the pattern of certain disease. This technology can be used in many ways and in many areas eventually. Our platform is very flexible,” said Mitra.

Mitra adds the mobile app can be tuned to develop solutions for classifying the data from various sensors used in healthcare, agriculture, and environmental applications. He is currently working on making this a reality by submitting proposals for additional funding.

“This app offers an affordable solution, and a humanistic approach to technology, that can help society in a big way,” said Mitra, which he hopes to see realized as he continues to expand the app’s capabilities.

Mitra expects MWK and the app, known as E-Water, will become available to the public by October 2019.

Mitra, who will be attending the 236th ECS Meeting in Atlanta, GA this fall, can be reached directly at skmitra@uwaterloo.ca.

Khosla will be attending the 235th ECS Meeting taking place this May in Dallas, TX, where he will present his paper, “Multi-Material Additive Manufacturing (3D/4D printing).”

This paper was published in the JES Focus Issue on 4D Materials and Systems in the ECS Digital Library, highlighting research in the sensors field.

Don’t forget to check back, as there are more articles yet to come!