University of Utah Student Chapter: Inspring Youth in STEM and Creating a Community 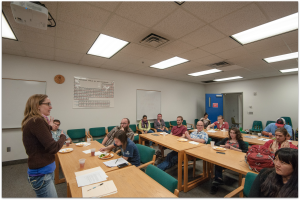 The University of Utah student chapter at their first meeting, held less than one month ago.
Image: Tao Wang

While the newly established University of Utah student chapter may just be getting off the ground, the group has big plans for the coming months. From outreach to collaboration to discovering new information, leadership of the new student chapter hopes that it will create both a sense of community and a forum for the exchange of knowledge.

“The student chapter is actually really good for the student population here because there’s not a lot of community involvement type activities for graduate students.” says Sara Koepke, chair of the University of Utah student chapter. “Moving in this direction is a really positive thing.”

For Koepke, outreach and scientific communication will play a large role in the direction of the student chapter. One of the first activities of the student chapter will be a professional development workshop, focusing on presentation skills for the communication of scientific research. The group also plans to begin outreach to schools, going to areas with the greatest need and presenting live demonstrations and practical lessons.

“The more people that know how important science is, the more likely that you’re going to have people willing to vote for such things as funding of the National Science Foundation or any other political movement that is necessary for the sciences,” says Koepke, currently a graduate student at the Minteer Research Group.

Additionally, Koepke believes that this type of outreach has the potential to inspire young students to pursue the sciences.

END_OF_DOCUMENT_TOKEN_TO_BE_REPLACED 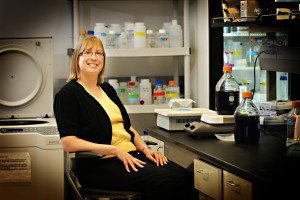