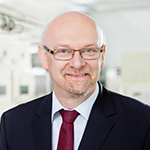 The Role of Electrochemistry in Battery R&D
by Martin Winter

Martin Winter holds a professorship in Materials Science, Energy and Electrochemistry at the Institute of Physical Chemistry at the Westfälische Wilhelms-Universität Münster (WWU). He is the Founder and Scientific Director of the Münster Electrochemical Energy Technology (MEET) Battery Research Center at WWW, managing a team of 150 scientists, engineers, and technicians working on the research and development of innovative electrochemical energy storage systems with higher energy density, longer durability, and maximum safety. In 2015 he founded and continues to serve as Founding Director of the Helmholtz-Institut Münster (HI MS) “Ionics in Energy Storage,” an institute branch of Forschungszentrum Jülich with some 70 employees.

For more than 30 years, Prof. Winter has researched in the field of electrochemical energy storage and conversion, focusing on the development of new materials, components, and cell designs for lithium ion, lithium-metal batteries, and alternative battery systems. He received his PhD in 1995 from the Paul Scherrer Institut where he also completed a postdoctoral fellowship. The Technische Universität Graz appointed him Professor in 1997, then in 2007, University Professor and Head of the Institute of Chemical Technology for Inorganic Materials. From 2008-2012, he held an endowed professorship funded by Volkswagen, Evonik Industries, and Chemetall (today Albemarle) at the WWW Institute of Physical Chemistry; he held the Professorship for Applied Materials Science for Electrochemical Energy Storage and Conversion there from 2013-2016. 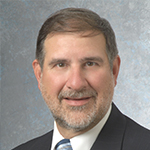 Robert F. Savinell is Distinguished University Professor, and George S. Dively Professor of Engineering at Case Western Reserve University (CWRU). Savinell’s research is directed at fundamental science and mechanistic issues of electrochemical processes; and device design, development, modeling and optimization. Since 2018, he has been the Principal Investigator and Director of the DOE Emerging Frontiers Research Center on Breakthrough Electrolytes for Energy Storage (BEES).

He earned his PhD degree in chemical engineering at the University of Pittsburg under the guidance of Professor Chung-Chiun Liu. He was a research engineer at Diamond Shamrock Corporation, a faculty member at the University of Akron, and then joined the faculty of CWRU in 1986. Professor Savinell was Director of the Ernest B. Yeager Center for Electrochemical Sciences at CWRU for 10 years, and Dean of Engineering there from 2000-2007. He took a sabbatical year in 2007 as a Visiting Professor at the Massachusetts Institute of Technology where he worked with Prof. Yang Shao-Horn and her students. He was also a Visiting Professor at Yamanashi University with Prof. Masahiro Watanabe, and Denmark Technical University with Professors Neils Bjerrum and Qingfeng Li.