Gather with your colleagues!

The plenary session is a highlight of every ECS meeting. Participants from all symposia come together to celebrate some of the greatest minds in the field.

These Society awards are presented at the session:

Be sure to attend the Society, division, and section award winners’ talks delivered in symposia throughout the week. Check the online program for specific dates and times and add them to your personal meeting schedule. 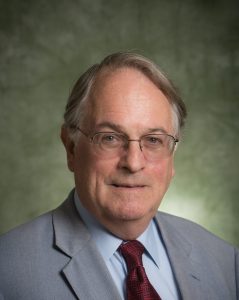 The Critical Role of Energy Storage in the Electric Economy and Overcoming Climate Change
by M. Stanley Whittingham, Binghamton University

Energy storage, and in particular electrochemically-based storage, is critical in enabling the electric economy, just as it was for enabling the communications revolution. Lithium batteries have played the key role to date, but electrochemistry is also essential to the success of a clean hydrogen economy and to the attainment of a cleaner mining industry, one that would be based on electro-reduction rather than carbothermal processes.

Stanley Whittingham is a SUNY (State University of New York) Distinguished Professor of Chemistry and Materials Science and Engineering at Binghamton University. He received the 2019 Nobel Prize in Chemistry (with John B. Goodenough and Akira Yoshino) “for the development of lithium-ion batteries.” Prof. Whittingham received his BA and PhD in Chemistry from Oxford University, where he is an honorary Fellow of New College. He has been active in Li-batteries since 1971 when he won the Young Author Award of The Electrochemical Society for his work on beta-alumina. Prof. Whittingham joined Exxon in 1972 and discovered the role of intercalation in battery reactions. This resulted in the first commercial lithium rechargeable batteries, built by Exxon Enterprises. He returned to academia at Binghamton University (SUNY) in 1988, to initiate a program in materials chemistry. In 2018, Prof. Whittingham was elected member of the National Academy of Engineering and received the Turnbull Award from the Materials Research Society (MRS). He is an Honorary Member and Fellow of The Electrochemical Society; Foreign Member of the Royal Spanish Academy of Sciences; Fellow of the Royal Society, MRS, International Society of Electrochemistry, and ICDD (International Centre for Diffraction Data). His current research addresses pushing lithium batteries to their limits and assisting in creating an American lithium battery industry. Prof. Whittingham is Director of the NorthEast Center for Chemical Energy Storage (NECCES) and Battery-NY, and serves on the leadership team of two US battery consortia, NYBEST and NAATBatt.