Global development of industry and technology in the 20th century, increased production of vehicles and the growing population have resulted in massive consumption of fossil fuels. Today, the automotive industry faces three challenges regarding environmental and energy issues:

Although the demand for oil alternatives—such as natural gas, electricity and hydrogen—may grow, each alternative energy source has its disadvantages. Currently, oil remains the main source of automotive fuel; however, further research and development of alternative energies may bring change.

”We view research as an investment in our future both for our business, but also for the greater society,” says Fellowship chair and manager of Toyota’s North American Research Strategy Office Paul Fanson. “In order to start to overcome the very difficult technical challenges that we face, it is necessary to invest in and encourage scientists from diverse backgrounds with creative ideas that are willing to think outside of the box. I feel that we were able to accomplish that goal with this inaugural fellowship program, and I am very excited to be a part of it.”

The selected fellows will receive restricted grants of $50,000 to conduct the research outlined in their proposals within one year. They will also receive a one-year complimentary ECS membership as well as the opportunity to present and/or publish their research with ECS. 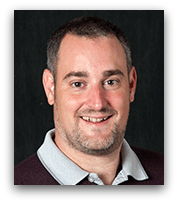 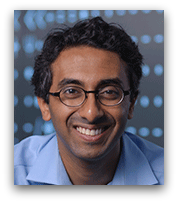 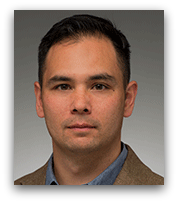 Dr. David Go
University of Notre Dame
Physical and Analytical Electrochemistry Division of ECS
Plasma Electrochemisry: A New Approach to Green Electrochemistry: to demonstrate the feasibility of using plasma electrochemistry to process carbon dioxide (CO2) for the production of alternative fuels, thereby ushering in a novel electrochemically-driven approach to both capture and reutilize CO2, reducing the overall carbon footprint of automobiles.

The ECS Toyota Young Investigator Fellowship is an annual program, and the 2016 request for proposals will be released in the fall of 2015.

About ECS
Leading the world in electrochemistry and solid state science and technology for more than 110 years, The Electrochemical Society was founded in 1902 as an international nonprofit, educational organization. ECS now has more than 9,000 individual and institutional members in more than 75 countries. Home of the Journal of The Electrochemical Society, the oldest peer-reviewed journal in its field, the ECS Digital Library provides searchable online access to the collection of ECS technical journals and other publications.

About Toyota
Toyota (NYSE:TM), the world’s top automaker and creator of the Prius, is committed to building vehicles for the way people live through our Toyota, Lexus and Scion brands. Over the past 50 years, we’ve built more than 25 million cars and trucks in North America, where we operate 14 manufacturing plants (10 in the U.S.) and directly employ more than 40,000 people (more than 32,000 in the U.S.). Our 1,800 North American dealerships (1,500 in the U.S.) sold more than 2.5 million cars and trucks (more than 2.2 million in the U.S.) in 2013 – and about 80 percent of all Toyota vehicles sold over the past 20 years are still on the road today.

Toyota partners with philanthropic organizations across the country, with a focus on education, safety and the environment. As part of this commitment, we share the company’s extensive know-how garnered from building great cars and trucks to help community organizations and other nonprofits expand their ability to do good. For more information about Toyota, visit www.toyotanewsroom.com.