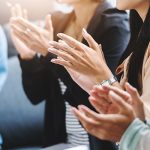 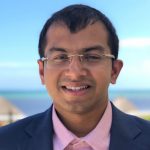 Akshay Subramaniam is a PhD student in chemical engineering at the University of Washington (UW), U.S., co-advised by Profs. Venkat Subramanian and Dan Schwartz. He received a BS in Chemical Engineering from the Institute of Chemical Technology, India, in 2013, followed by an MS from the Indian Institute of Technology Bombay, in 2016.

Subramaniam’s research focuses mainly on the development and application of electrochemical modeling and simulation tools, with an emphasis on next-generation lithium metal batteries. He is developing multiscale continuum simulation frameworks to advance understanding of the effect of external pressure and deformation effects on the overall performance and lifetime of lithium metal cells. In doing so, Subramaniam intends to leverage detailed electrochemical models and robust simulation approaches to correlate practically relevant cell-level variables with internal electrochemistry. A secondary goal is the development of accessible design and validation tools to better inform experimental studies. He is also engaged in more applied research on the development of reduced-order modeling techniques that can convert detailed models into computationally efficient forms that greatly increase their utility in real-time prediction, control, and optimization applications.

During his PhD studies, Subramaniam has engaged in multiple academic and industrial collaborations including the Battery 500 consortium. He received UW departmental fellowships in 2017 and the UW Clean Energy Institute Graduate Fellowship in 2018. The co-author of seven peer-reviewed publications, he has more manuscripts in progress. 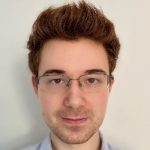 Eric McShane is a PhD student in the Department of Chemical and Biomolecular Engineering at the University of California (UC), Berkeley, U.S. In Bryan McCloskey’s lab, he researches the kinetic, transport, and degradation phenomena underpinning lithium-ion battery operation during fast charge. McShane received his BS in Chemical and Biomolecular Engineering from Cornell University in 2016. As part of the Rawling Cornell Presidential Research Scholars Program, he studied scalable synthesis methods for Si and Ge nanowires in Tobias Hanrath’s lab. He earned the NSF Graduate Research Fellowship before beginning his graduate studies at UC Berkeley in 2016. McShane’s passion for teaching was recognized by a UC Berkeley Outstanding Graduate Student Instructor Award.