ECS and the Transistor’s 75th Anniversary 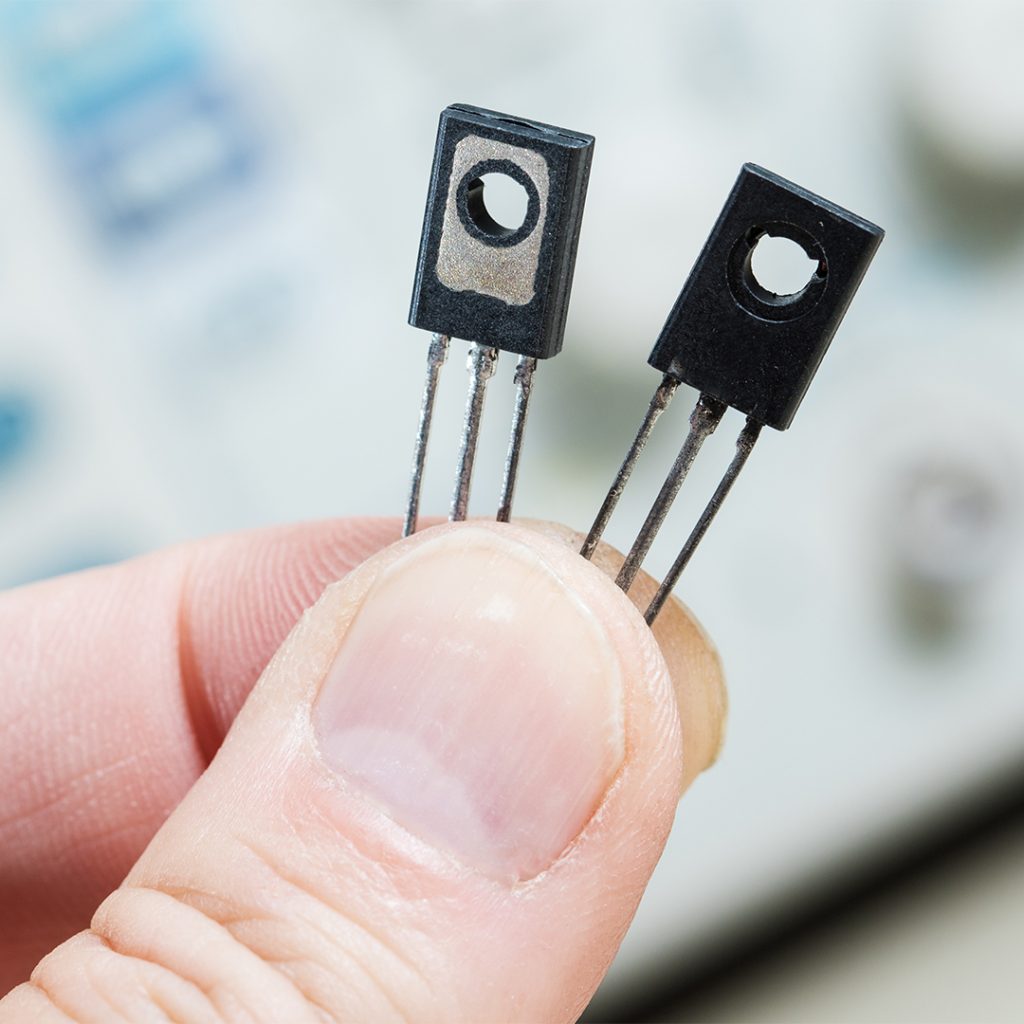 Throughout the history of the transistor technological revolution, The Electrochemical Society has served as a platform for key inventors to present their research.

In December of 1947—75 years ago—William Shockley, John Bardeen, and Walter Brattain invented the transistor at Bell Telephone Laboratories in New Jersey. The three men shared the 1956 Nobel Prize in Physics “for research on semiconductors and the discovery of the transistor effect.” This invention heralded the modern electronic age. According to science historian Michael Riordan, “[The transistor] has enabled this global civilization. I would put it on the [same] level as fire, in terms of its importance to what modern life is like today.” In a recent ECS Interface article, Hiroshi Iwai and Durga Misra describe the process of the technological development behind the invention of the transistor, and discuss the meaning and impact of its invention on human history.

Shockley, Bardeen, and Brattain presented and published through The Electrochemical Society. Shockley delivered “Transistor Physics” as the ECS Plenary Lecturer at the 1953 ECS meeting in New York City, NY, where he also performed magic tricks! John Bardeen gave a paper on “Surface States of Semiconductors” at the 1956 meeting in San Francisco, CA. Walter Houser Brattain wrote the paper “Introduction to the Physics and Chemistry of Surfaces” for the 1959 meeting in Columbus, OH. He co-authored five other presentations between 1954 and 1963.

In 1956, Shockley moved from New Jersey to the Santa Clara Valley in California to set up a transistor factory and hire the brightest young minds. However, eight of his stars quit and set up their own company, Fairchild Semiconductor. This company eventually became Intel with Gordon Moore as co-founder and Robert Noyce (co-inventor of the integrated circuit) as CEO.

NPR’s Marketplace Morning Report: The transistor’s role in the birth of Silicon Valley quoted Moore from his ECS Masters Series interview: “Shockley was so brilliant, he could see electrons…But…the style of management he used just really upset all these young new grads he had hired. And so they decided to seek fame and fortune elsewhere.” A year after founding Fairchild, they were able to deliver the first transistors. “The idea of double diffusion was appropriate; we determined we could get on with a single metal for both the N type and P type silicon for contacts—a giant leap forward. We adopted photolithography for pattering which had been done in printed circuit boards but not for transistors before that. We got the technology pointed in the right direction,” Moore said.

Moore has been an ECS member since 1957. He describes the ECS San Francisco Section as his “home court.” At the 1964 ECS Section Meeting, he presented “The Evolving Technology of the Semiconductor Integrated Circuits”, where he began to lay out the underlying foundation of Moore’s law and his vision for the future potential of semiconductor electronics. Moore’s Law became one of the most influential research strategies of all time. Moore delivered the ECS Lecture, “A Perspective on VLSI”, at the 159th ECS Meeting. He again presented the ECS Lecture 191st ECS Meeting in 1997: “Fifty Years of Semiconductor Technology”. In 2005, the ECS Solid State Science and Technology Award for distinguished contributions to the field of solid state science and technology was renamed in Moore’s honor.

In 1958, ECS member Jack Kilby and Robert Noyce developed the first integrated circuit at Texas Instruments. Kilby received half of the 2000 Physics Nobel Prize “for the invention of the integrated circuit.” Kilby describes the “Origins of the Integrated Circuit” in the Proceedings of the Eighth International Symposium on Silicon Materials Science and Technology, Vol. 98-1, (The Electrochemical Society, April 1998). He delivered the Plenary Lecture at the 2001 ECS International Semiconductor Technology Conference in Shanghai, China.

The ever-prescient Moore stated in the 1997 spring issue of Interface (featuring Moore on the cover), “We have a fair ways to go just to continue to push the technology to smaller and smaller things, higher and higher performance. The people who use that technology to make products will then have billions of transistors on a chip to work with, and that gives them almost open-ended possibilities.” The technological revolution ignited 75 years ago continues to generate new innovations!