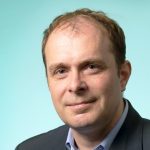 Electrochemistry of Platinum: New Views on an Old Problem
By Marc Koper

Marc Koper is Professor of Surface Chemistry and Catalysis at Universiteit Leiden, Netherlands. His research focuses on fundamental aspects of electrocatalysis, theoretical and computational electrochemistry, and electrochemical surface science, in relation to renewable energy and chemistry. Koper received his PhD from Universiteit Utrecht, Netherlands, in 1994. His thesis explored nonlinear dynamics and oscillations in electrochemistry. Koper was an EU Marie Curie Postdoctoral Fellow at Universität Ulm, Germany, and Fellow of the Royal Netherlands Academy of Arts and Sciences at Technische Universiteit Eindhoven, Netherlands. Koper joined the faculty at Universiteit Leiden in 2005. He has received national and international awards including the 2019 Netherlands Catalysis and Chemistry Award, 2017 Faraday Medal, 2016 International Society of Electrochemistry Brian Conway Award, and 2013 ECS Carl Wagner Memorial Award. In 2021, Koper was awarded an ERC (European Research Council) Advanced Grant of 2.5 million euros for research into chemical reactions driven by electrodes and electricity. 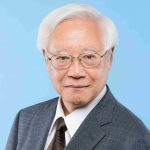 Impact of Micro-/Nano-Electronics, Miniaturization Limit, and Technology Development for the Next 10 Years and After
By Hiroshi Iwai

Hiroshi Iwai is Vice Dean and Distinguished Chair Professor at the International College of Semiconductor Technology, Taiwan, and Professor Emeritus of the Tokyo Institute of Technology, Japan. He is best known for the continuation of miniaturization of MOSFETs from 8 μm to recent sub-50 nm generations, contributing to the continuation of Moore’s law for 50 years. He has engaged in the development of product technologies from the early period of large scale integrated circuits: the first NMOS LSI technology at Toshiba in 1975, several generations of memories—1k SRAM, 64 k DRAM, and 1M SRAM, and bipolar and BiCMOS technologies for analog and RF. Iwai initiated an RF CMOS project in 1995, resulting in the success of Bluetooth. Iwai introduced many new process technologies which were the first or one of the first in the world: BPSG planarization, source/drain ion-implantation, reactive ion etching for poly Si gate, rapid thermal annealing for shallow doping, rapid thermal oxidation for ultra-thin gate oxides, rapid thermal nitridation for oxynitride gate oxides, NiSi silicide.

Iwai received his BE and PhD in Electrical Engineering from the University of Tokyo, Japan. He joined Toshiba in 1973, contributing to the development of integrated circuit devices for 26 years. He joined the Tokyo Institute of Technology in 1999, and engaged in research of semiconductor device technologies for 21 years. He has authored and/or coauthored more than 1,000 international journal and conference papers and 500 Japanese journal and conference papers. He holds 80 U.S. and 65 Japanese patents.