The plenary lecture is a highlighted event of the meeting, bringing participants together from every symposia to learn from some of the greatest minds in the field. 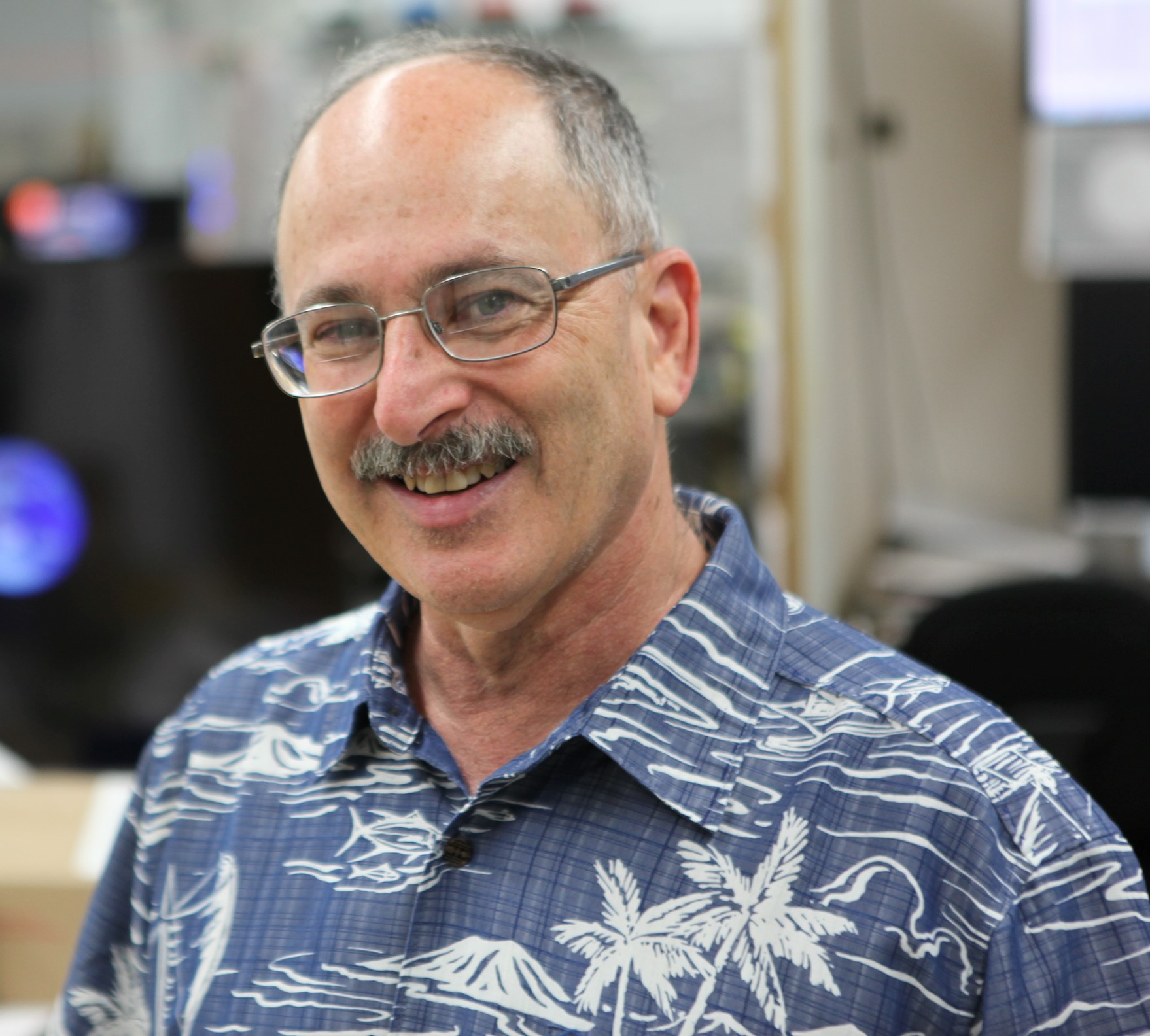 Michael Hecht is the Associate Director for Research Management at the Massachusetts Institute of Technology (MIT) Haystack Observatory. Since 2013, he has been Principal Investigator for the Mars Oxygen In-Situ Resource Utilization Experiment (MOXIE) instrument on NASA’s Mars 2020 Rover (Perseverance) mission, a technology demonstrator to validate the instrumentation and methodology to produce large quantities of oxygen from the Martian carbon dioxide atmosphere using solid oxide electrolysis (SOXE). From September 2019 to August 2020, Professor Hecht served as Deputy Project Director for the Event Horizon Telescope, the consortium that in 2019 delivered the first image of a black hole. His diverse experiences span planetary missions, observational astrophysics, space instrument and SmallSat development, planetary science, and project, program, and line management. Prior to joining MIT, he worked for 30 years at the NASA Jet Propulsion Laboratory (JPL), developing instrumentation for planetary missions. There he eventually achieved the designation of Senior Research Scientist. At JPL, he served as Principal Investigator and Instrument Manager for the MECA (Microscopy, Electrochemistry, and Conductivity Analyzer) instrument on the Phoenix Mars mission. MECA operated through the summer of 2009, with major findings in microscopy, the physical chemistry of water in soil, and notably, in aqueous soil chemistry using electrochemical methods.

Prof. Hecht received his PhD in Applied Physics at Stanford University in 1982 after completing his BA in Physics at Princeton University and MS at MIT. His research has garnered numerous awards including the 2020 Breakthrough Prize in Fundamental Physics and 1990 Lew Allen Award for Excellence. His h-index is 51 with over 11,500 citations.

Currently aboard the Perseverance rover on Mars, the Mars Oxygen In-Situ Resource Utilization Experiment (MOXIE) represents the first demonstration of oxygen production on the surface of another planet (see Figure 1). MOXIE is a prototype of a system that will someday provide many tons of oxygen as the primary component (by mass) of the propellant for a Mars Ascent Vehicle that will return astronauts from the Red Planet.

Designed and integrated at NASA’s Jet Propulsion Laboratory for MIT, MOXIE first collects, filters, and compresses the thin Martian air, which consists of 95 percent CO2 and small amounts of nitrogen and argon at a pressure of <10 mbar, using a custom scroll pump developed by Air Squared, Inc. It then pre-heats the gas to ~800˚C and injects it into a stack of 10 SOXE cells () developed by Ceramatec, Inc. (now OxEon Energy). CO2 is thermally and catalytically decomposed according to the reaction CO2 → CO + O2- at the cathode of the electrolysis cells. Then the oxygen ions are selectively drawn through the yttrium-stabilized zirconia electrolyte where they recombine at the anode into O2 molecules. The transfer of four electrons from anode to cathode completes the circuit and provides the motive force for the reaction. The pure oxygen product is characterized, then released through a precision aperture, while CO fuel and unused CO2 are similarly characterized and discharged through an exhaust port.

MOXIE expects to produce six to ten grams of 98 percent pure O2 per hour, a factor of ~200 less than will eventually be needed on a full-scale system. Limited power availability on Perseverance is the primary constraint on production—a human mission is expected to be supported by a 25-30 kW power plant, while Perseverance generates 110W overall. The eventual full-scale system is expected to take up about a cubic meter and weigh about one ton, while generating in excess of 25 tons of O2 for the ascent vehicle over the course of an Earth year.

MOXIE is expected to operate at least ten times during the primary Perseverance mission of one Martian year, distributed across seasons and time of day. Operations will typically be separated by one to two Earth months to satisfy the objective of demonstrating all-season operation, and time of sol will also be varied to test the dependence on the thermal environment. All runs will begin with a standard current-voltage (I-V) profile in order to determine the area-specific resistance (ASR) and track any degradation over time.

MOXIE’s first oxygen production was conservatively scheduled in the early morning hours, when the atmospheric density is as much as 20 percent higher than at the early afternoon minimum. Since the MOXIE compressor is a volumetric device, higher atmospheric density offers a wider range of possible mass flow within the control range of the compressor.

Subsequent runs will evaluate operation at different inlet flows and SOXE temperatures, and will test alternative control configurations such as voltage-feedback control instead of current-feedback control or cathode pressure feedback control of compressor speed. Development of a “smart” control system is a high priority for future work and will be explored in a laboratory setting during the MOXIE campaign. 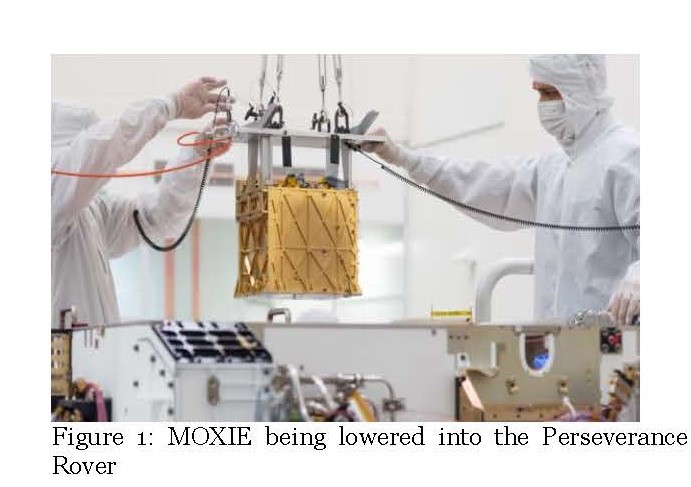