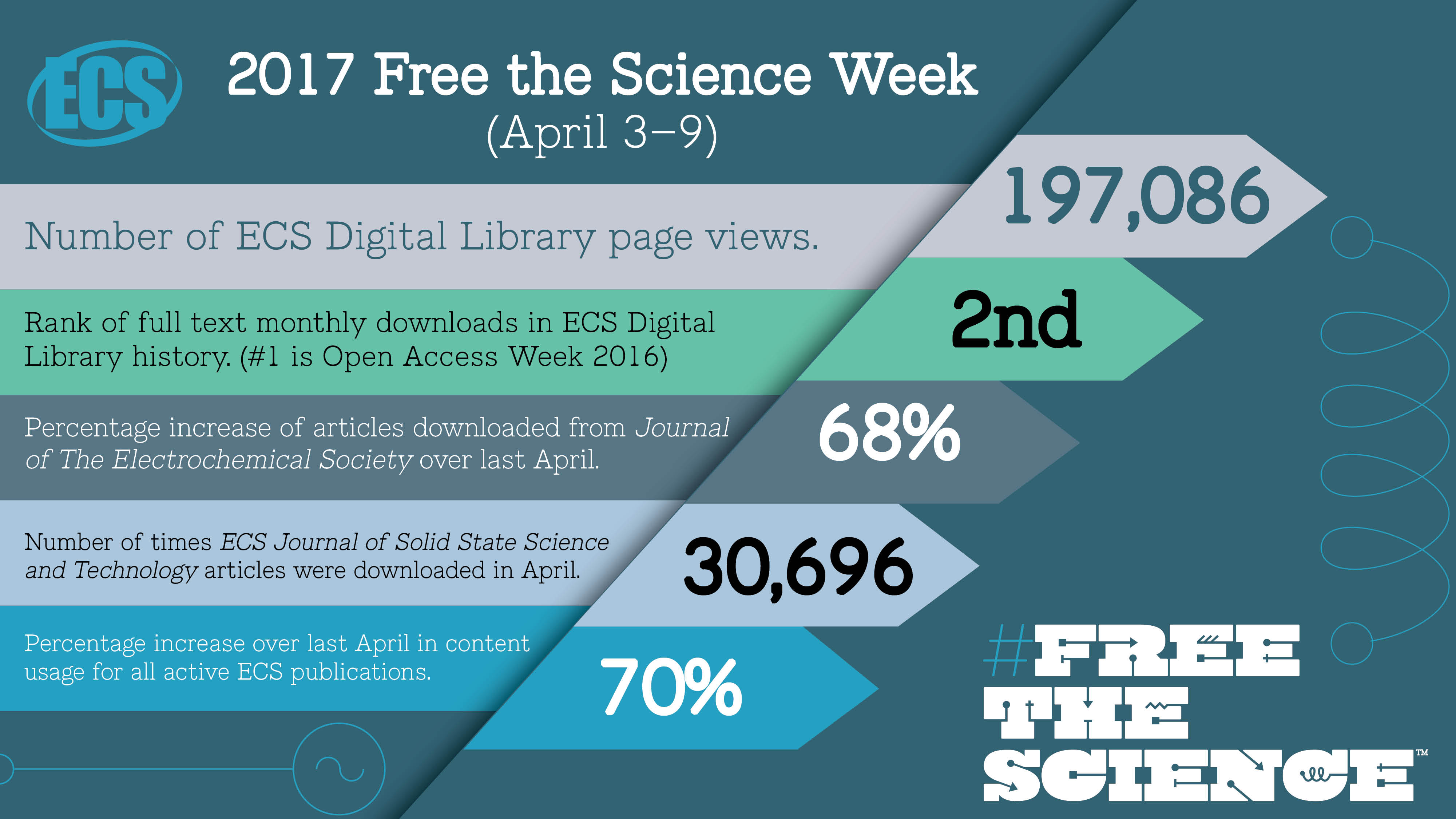 In April 2017, ECS celebrated its first annual Free the Science Week, giving the world a preview of what complete open access to peer-reviewed scientific research will look like.

Free the Science Week is part of ECS’s long-term Free the Science initiative, which will provide free access to the peer-reviewed research in the entire ECS Digital Library, not just for a week, but permanently.

Here are just a few insights from the week:

Comparing the average monthly full text/PDF downloads for October 2016 over 2015, ECS saw a 77 percent increase in usage of the Society’s active publications.

We will once again participate in International Open Access Week this coming fall. From October 23-29, ECS will make over 132,000 scientific articles and abstracts free and accessible to everyone. This year’s theme is “Open in order to…”