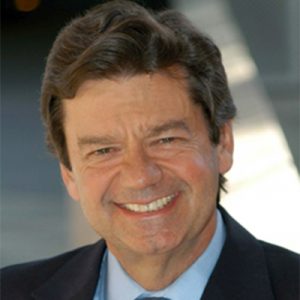 ECS invites nominations for the Robert C. Haddon Research Award of qualified individuals who have made outstanding achievement in, or scientific contribution to, the science of fullerenes, nanotubes and carbon nanostructures. The award consists of a scroll, a $1,000 prize, and assistance up to $1,500 to facilitate attendance at the award presentation. ECS has 13 electrochemistry and solid state science and technology divisions, each of which has robust awards and travel grant programs.

Haddon, who passed away in 2016, made important contributions to the understanding and applications of conjugated organic molecules, fullerenes, nanotubes, graphene, and their nanostructures. His work led to landmark papers in the fields of conjugated organic molecules and carbon materials which have served as the starting point for many other advances in the area of nanocarbons. Haddon received his PhD in organic chemistry from Pennsylvania State University in 1971. He worked at Bell Laboratories (AT&T, Lucent Technologies) before being appointed Professor of Chemistry and Physics at the University of Kentucky. In 1998 he became Director of the Advanced Carbon Materials Center (NSF Materials Research Science and Engineering Center) and co-founded CarboLex, Inc. In 1999, he founded Carbon Solutions, Inc. He was appointed Distinguished Professor in the Departments of Chemistry and Chemical & Environmental Engineering and Director of the Center for Nanoscale Science and Engineering (CNSE) at the University of California at Riverside in 2000.