END_OF_DOCUMENT_TOKEN_TO_BE_REPLACED

ECS Classics: Hall and Héroult and the Discovery of Aluminum Electrolysis 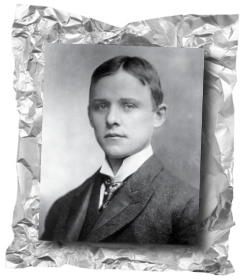 An article by Theodore R. Beck in the Summer 2014 issue of Interface.

A simultaneous invention of an important industrial electrochemical process by two men on two different continents appears improbable. Yet that is what happened. One was in the United States and the other in France. Each inventor was born in the same year, 1863, and at age 22 each independently developed the same technology to produce aluminum by electrolysis. They were rather different personalities.

Charles Martin Hall was born into an educated family and attended Oberlin College. He was a studious scientist who deliberately, step by step, arrived at his process. The father of Paul Louis Toussaint Héroult was a tanner and Paul Héroult was expected to continue in that business. Instead, he attended a school of mines where he was dismissed after the first year because he spent his time thinking about how to produce aluminum rather than his studies. He was more of an intuitive thinker, and on inspiration, first electrolyzed alumina in molten cryolite in his father’s tannery. 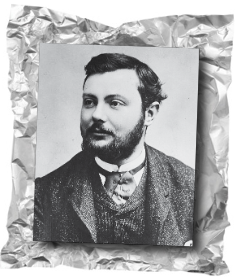 The technology of these two inventors is now known as the Hall-Héroult Process. Hall and Héroult were among the earliest members of ECS, then named “The American Electrochemical Society.”

Charles Martin Hall was born on December 6, 1863 in Thompson, Ohio. His parents were Herman Bassett Hall and Sophronia H. Brooks. His father graduated from Oberlin College in 1847 and studied for three years at the Oberlin Theological Seminary. After ten years doing missionary work the family returned to Ohio in 1860 and to Oberlin in 1873. 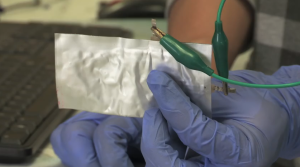 Researchers have been attempting to make a commercially viable aluminum-ion battery for years. Now, a team from Stanford University may have developed just the thing to outpace widely used lithium-ion and alkaline batteries.

The new aluminum-ion battery demonstrates high performance, a fast charging time, long-lasting cycles, and is of low cost to produce.

“We have developed a rechargeable aluminum battery that may replace existing storage devices, such as alkaline batteries, which are bad for the environment, and lithium-ion batteries, which occasionally burst into flames,” said Hongjie Dai, a professor of chemistry at Stanford.

The researchers were able to achieve this novel battery by applying graphite as the cathode material.