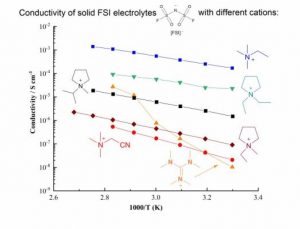 Electrolyte development is a critical component in the quest for higher-performing energy storage devices. Ionic electrolytes such as ionic liquids, plastic crystals, and their polymer composites can offer important safety and performance advantages over traditional molecular-solvent-based systems, particularly for devices utilizing reactive metals such as lithium or sodium. An important approach to developing ionic electrolytes that can meet the complex challenges of next-generation electrochemical devices is increasing the range of known and well-characterized electrolyte materials. Understanding how different ion structures affect the physical, thermal, electrochemical properties and the phase behavior when combined with Li salts is vital to optimizing device performance. This webinar overviews our recent work on designing and using new ionic materials and their application as liquid, quasi-solid state, composite, or very high Li salt content electrolytes. 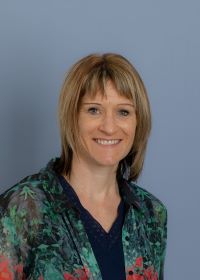 Prof. Jenny Pringle works in the Institute for Frontier Materials at Deakin University, Australia. She is a chief investigator in the ARC Centre of Excellence for Electromaterials Science (ACES) and the ARC Industrial Transformation Training Centre “StorEnergy.” She received her undergraduate degrees and PhD at The University of Edinburgh, Scotland, before moving to Monash University, Australia, in 2002. From 2008-2012, she held an ARC Queen Elizabeth II Fellowship investigating the use of ionic electrolytes for dye-sensitized solar cells. Pringle moved to Deakin University in 2013. There she leads research into the development of new ionic liquids and organic ionic plastic crystals for applications including thermal energy harvesting, gas separation membranes, and lithium and sodium batteries.