You won’t want to miss these daily plenary talks, presented live, from the world’s foremost researchers in chemical sensor technology! 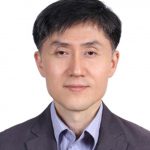 Jong-Heun Lee has been Professor in the Department of Materials Science and Engineering, Korea University, since 2003. His research interests include semiconductor gas sensors and functional oxide nanostructures. He received his BS, MS, and PhD from the Department of Inorganic Materials and Engineering, Seoul National University, South Korea, in 1987, 1989, and 1993, respectively. As Senior Researcher at the Samsung Advanced Institute of Technology from 1993-1999, Lee developed automotive air-fuel-ratio sensors. He was a Society of Technical Analysts Fellow at the National Institute for Research in Inorganic Materials (currently NIMS, Tsukuba, Japan) from 1999-2000, and a Research Professor at Seoul National University from 2000-2003. A Fellow member of the Korean Academy of Science and Technology and general member of the National Academy of Engineering of Korea, Lee serves as an editor of Sensors and Actuators B: Chemical. In 2014, he was honored as a Highly Cited Researcher by Thomson Reuters for ranking in the top 1% most cited papers. Lee received numerous awards including the POSCO TJ Award (2017), Knowledge Creation Award (2014), 100 Future-Leading Technologies and Their Developers (2013), Korean Sensor Society Academic Award (2016), Korea University Special Award for Distinguished Research (2014), and Patent of the Year (2001). He was co-chairman of the International Meeting on Chemical Sensors 2016, Jeju, Korea; has published 305 peer-reviewed papers; and holds 40 domestic and international patents.

“From Gene to Device: The Route to Diagnostics in Low Resource Countries”
by Elizabeth “Lisa” A. H. Hall, University of Cambridge 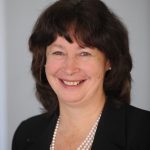 Lisa Hall is Professor of Analytical Biotechnology and Head of Department in the Department of Chemical Engineering and Biotechnology, University of Cambridge, UK. She is an internationally recognized authority in the field of biosensors. Her research focuses on understanding how biology can be interfaced with electronic, mechanical, and optical systems, and new ways to answer fundamental and applied questions concerning new measurement regimes to achieve diagnostic systems. Hall received the Analytical Division of the Royal Society of Chemistry Gold Medal in 2005, and Alec Hough-Grassby Memorial Award from the Institute of Measurement & Control in 2009. She was appointed a CBE (Commander of the Order of the British Empire) for services to higher education and sport for the disabled in the 2015 Queen’s Birthday Honors list. 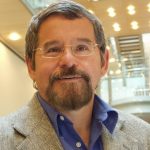 Joseph Wang is SAIC Endowed Chair and Distinguished Professor in the Department of Nanoengineering at the University of California, San Diego (UCSD), U.S. He is also Director of the UCSD Center of Wearable Sensors and Founding Editor of Electroanalysis. Wang served as Chair of the Department of Nanoengineering (2014-2019) and Director of the Center for Bioelectronics at Arizona State University (ASU), U.S. (2004-2008). He has made pioneering contributions to wearable biosensors, electrochemical devices, nanomachines, and nanobioelectronics; published more than 1,060 papers and 11 books; and holds 30 patents. His publications have been cited over 107,000 times; his h-index is 160. Wang was an ISI Thomson Reuters Highly Cited Researcher in Chemistry and Engineering from 2014-2019.

Wang received numerous national ECS, American Chemical Society, and Society for Electroanalytical Chemistry awards in instrumentation and electrochemistry, 10 honorary professorships around the globe, and Medals of Honor from the United Kingdom, Australia, and Czech Republic. He is a Fellow of The Electrochemical Society, Royal Society of Chemistry, and of the American Institute of Medical and Biological Engineering. Wang has guided over 300 PhD students and postdoc fellows. 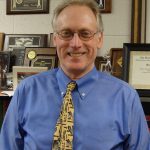 Mark E. Meyerhoff is currently Philip J. Elving Professor of Chemistry in the Department of Chemistry at the University of Michigan (U of M), U.S. He received his PhD from the State University of New York at Buffalo, U.S., in 1979, working with Prof. Garry A. Rechnitz. Following a short postdoctoral at the University of Delaware, U.S., he joined U of M as Assistant Professor in the fall of 1979. Meyerhoff’s primary research interests are in the field of analytical chemistry, particularly the development of new ion-, polyion-, gas-, and bio-selective electrochemical/optical sensors suitable for direct measurements of clinically important analytes in physiological samples. He also has a very active research program in the area of biomaterials, especially the development and characterization of novel nitric oxide (NO) releasing/generating polymeric materials. Since beginning his independent academic career at U of M, Meyerhoff and his collaborators have authored more than 380 original research papers on these and other topics. Meyerhoff received the Ralph Adams Award in Bioanalytical Chemistry from the Pittsburgh Conference on Analytical Chemistry (2014), U of M Distinguished Faculty Achievement Award (2011), Society for Electroanalytical Chemistry Reilley Award (2006), U of M Outstanding Graduate Mentoring Award (2006), and American Chemical Society Division of Analytical Chemistry Award in Electrochemistry (2003).