PRiME 2020 is the joint international meeting of:

2020 Fall Meeting of The Electrochemical Society of Japan (ECSJ)

With the technical co-sponsorship of:

This year, for the first time in its 33 year history, PRiME will be held entirely online!

In lieu of in-person talks, presenters have submitted digital presentation files (video, slides, and/or a poster) that may be viewed on-demand in the online program from October 4 – November 9. Of the 3,300+ active abstracts in PRiME 2020, over 75% of them have digital presentations available.

Attendees will have the opportunity to engage with the presenters via a Question and Answer field on every presentation webpage. Attendees are also able to communicate with each other via a built in peer to peer messaging tool available through the online program. As an added networking component, there will be 75 live symposia sessions held between October 4-9, where presenters and attendees can gather to discuss the latest research in their respective topics. Many organizers have also uploaded Welcome Remarks for their symposium, so make sure to check those out too!

In addition to our robust on-demand technical program, we are planning to livestream the following special events, daily at 2000h EDT / 0900h +1 JST&KST from October 4-9, 2020:

Attendance and participation in PRiME 2020 is FREE AND OPEN TO ALL! Pre-registration is required.

Once registered, start building your personalized schedule by using the My Favorites feature in the online program, and get ready to experience all this amazing event has to offer!

Please visit the PRiME 2020 homepage for the latest meeting information.

The organizers of PRiME 2020 are thankful for the generous support of the Meeting Sponsors, Exhibitors, and Symposium Sponsors. Please make sure to check out our Digital Exhibitor & Vendor Guide for information from the leading companies in the electrochemical and solid state science industries.

The Electrochemical Society of Japan (ECSJ)

The Electrochemical Society of Japan was founded to foster scientific and industrial progress in the fields of electrochemistry and industrial physical chemistry. Rapid changes in both academic and industrial environments have been seen, with important increases in the scope covered by the discipline of electrochemistry, as well as in the circumstances affecting the industry in the intervening years. ECSJ continues to remain responsive to this rapid progress and to contribute significantly to advances in this field.

The Korean Society of Electrochemistry is dedicated to promoting academic and technological developments of electrochemical science in both theory and application. KECS also provides training, education, and many opportunities for researchers and engineers to make significant advancements in the field of electrochemistry-based science and technology. 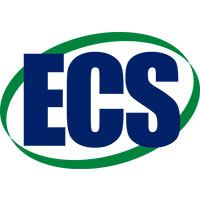 The Electrochemical Society’s mission is to advance theory and practice at the forefront of electrochemical and solid state science and technology, and allied subjects by encouraging research, discussion, critical assessment, and dissemination of knowledge in these fields through meetings, publications, educational opportunities, and more. Our members are making key discoveries that address global sustainability challenges such as renewable energy, food safety, water sanitation, and medical diagnosis and care.

The Japan Society of Applied Physics (JSAP) serves as an academic interface between science and engineering and an interactive platform for academia and the industry. JSAP is a “conduit” for the transfer of fundamental concepts to the industry for development and technological applications.

JSAP began as an applied physics discussion group that was formed in 1930 with an interest in real-world applications of academic theory. JSAP’s aim, as written in our articles of association, is to “engage in activities relating to the promotion of research in applied physics and other related academic fields, and to disseminate the results thereof, thereby contributing to the development of society.”

JSAP was established as an official academic society in 1946, and since then, it has been a leading academic society in Japan. The society’s interests cover a broad variety of scientific and technological fields, and JSAP continues to explore state-of-the-art and interdisciplinary topics.

The Chinese Society of Electrochemistry (CSE) was founded in the first National Electrochemical Conference on June 25-26, 1988. The committee adopted a system of rotating chairmen which reappoints the chairmen every four years. The first chairmen were Zhao-Wu Tian, Chuan-Sin Cha, and Hao-Qing Wu. The current chairmen are Li-Jun Wan and Shi-Gang Sun. CSE organizes regular biennial academic conferences on Chinese electrochemistry, i.e., National Conference on Electrochemistry (NCE). Only 16 delegates attended the first NCE meeting in 1988. In 2019, more than 5,000 delegates from 600 institutions attended the 20th NCE.

It has been more than 60 years since the Korean Physical Society (KPS) was founded in 1952 during the Korean War. Since then, KPS has been dedicated to developing research in physics and to promoting the applications and extension of such research, and further contributing to the development of science. As a result, KPS has progressed steadily to become one of the most influential academic societies in Korea, with 12 divisions, eight regional branches, and more than 15,000 active members. The Semiconductor Physics Division of KPS was founded in 1993 in order to promote and extend the scientific understanding and technological development of semiconductors. The Semiconductor Physics Division of KPS now has about 650 members. Since 1982, it has held an international biennial symposium, the International Symposium on the Physics of Semiconductors and Applications (ISPSA). This symposium covers all semiconductor fields ranging from fundamental physics to the newest technologies and devices, such as graphenes, topological insulators, nano-bio devices, green energy technologies, and more.

The Society of Polymer Science, Japan (SPSJ), a Public Interest Incorporated Association, is mainly composed of polymer scientists, engineers and managers in academia, industries and governmental institutions.  Its primary role is to contribute to the development of polymer science and technology in Japan and the world as well.

Established in 1951 and having around 10,000 members from Japan and worldwide, SPSJ is now one of the oldest and largest organizations dedicated to polymers (macromolecules) and will have its 70th anniversary in 2021. SPSJ organizes eight regional chapters and a special chapter for management people in polymer industries in Japan.

SPSJ sponsors three major meetings a year, and eight lecture meetings every year discussing current topics on polymer science and technology or relevant general issues. SPSJ has also organized the International Polymer Conference (IPC) every two or three years since 1984, with the aim of contributing to international scientific exchange among the countries worldwide.

SPSJ has 21 research groups covering various fields of polymer science and technology, such as polymer gels, polymer surface & interface, plastic films, biomedical polymers, adhesion and coatings, super molecule, etc. Each research group is very active with study and lecture meetings for the purpose of information exchange in each research area.

SPSJ monthly publishes its organ “Kobunshi: High Polymers, Japan” which is delivered to every member and “Polymer Journal (in English)” which is the international peer-reviewed journal.

The Korea Photovoltaic Society (KPVS), which is comprised of leading research institutes and academics from this field and representatives of related companies and organizations, was launched in 2012. Despite its short history, it has established its status as a leader in Korea’s R&D on solar light, industry-academia collaboration, and international cooperation projects. Our Society has grown to a total membership of 1,800. In addition, every year KPVS holds the global photovoltaic conference (GPVC), an international solar science conference which has grown to more than 500 members attending. KPVS is contributing to the revitalization of related industries and the improvement of global market share, as well as research and development and technology transfer through the establishment of a system of cooperation with industry, academia, and science in the field of solar power generation and academic activities.

The Korean Institute of Chemical Engineers (KIChE) was founded in 1962 as a scientific, engineering, and professional organization dedicated to the advancement of the theory and application of chemical engineering technology. Today, KIChE has more than 6,000 members, nine regional sections, and 13 technical divisions. KIChE encourages technical, social, and cultural exchanges between members. It endeavors to improve the technological level of domestic academia, and promotes the development of technology through educational and industrial cooperation.