Take the time to honor and support your friends and colleagues. Be sure to add the division award winners’ talks to your calendar; they are scheduled in various symposia throughout the week. 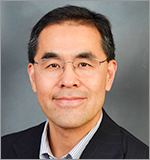 Jung Han is the William A. Norton Professor in Technological Innovation and a professor of electrical engineering at Yale University. He received his PhD in electrical engineering from Purdue University in 1992. His research focuses mainly on epitaxial growth and nanoscale synthesis of wide-bandgap semiconductors for energy-efficient lighting, display, and power applications.

Han’s doctoral and postdoctoral work at Purdue resulted in one of the first semiconductor blue-green diode lasers from the II-VI ZnSe system. Between 1996 and 2001, Han led a team at Sandia National Laboratories in studying the heteroepitaxial science of III-nitride semiconductors and pioneered the usage of in situ diagnostics that have since then become industry standard. He was responsible for demonstrating some of the earliest AlGaN ultraviolet LEDs and transistors.

He is the cofounder of Saphlux, a start-up company based on his inventions for semipolar GaN light-emitting diodes.

has published more than 280 papers in peer-reviewed journals and holds more than 20 U.S. and international patents. Han has received numerous awards, including a Department of Commerce R&D 100 Award, an MRS Ribbon Award, and an EMC Best Paper Award. Han is a member of the Connecticut Academy of Science and Engineering and a fellow of the Institute of Physics, the Institute of Electrical and Electronic Engineers, and the Optical Society of America. 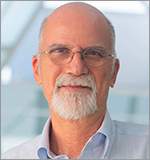 He spent sabbatical terms at Yale University and the University of California, Santa Barbara. He was the recipient of an ERC Advanced Research Grant in 2008 and became a member of the Accademia Nazionale dei Lincei in 2010 and the Istituto Veneto di Scienze Lettere ed Arti in 2018. He is also a member of Academia Europea and the European Academy of Sciences.

His research focuses on the synthesis and applications of new functional materials. He has worked with carbon nanostructures, including fullerenes, carbon nanotubes, and graphene, developing a series of reactions that make these species more biocompatible, less or even nontoxic, amenable to further functionalization, and easier to manipulate. He is interested in transferring the properties of these materials into applications, which include spinal cord repair, the splitting of water, and the reduction of carbon dioxide into useful chemicals.

Rami Michel Abouatallah worked for 15 years at Hydrogenics Corporation, where he was a senior research engineer from 2002 to 2008, and then manager of advanced stack development from 2008 to 2017. He was passionate about PEM fuel cells and electrolyzers, and a true believer in hydrogen technology. From 2010 to 2017, Abouatallah led the development of a large-scale PEM electrolyzer stack platform, which is the subject of the 2019 ECS Industrial Electrochemistry and Electrochemical Engineering Division New Electrochemical Technology (NET) Award.

During his career at Hydrogenics Corporation, Abouatallah coauthored more than 15 peer-reviewed journals, conference publications, as well as a number of industrial studies. He held a number of Canadian and U.S. patents.

In 2002, Abouatallah received his PhD degree from the Department of Chemical Engineering and Applied Chemistry at the University of Toronto. His doctoral dissertation was “Reactivation of Nickel Cathodes by Vanadium Species during Alkaline Water Electrolysis.” During his study at the University of Toronto, he was the recipient of a dozen undergraduate and graduate awards.

Abouatallah passed away unexpectedly at home on December 8, 2017, at the age of 43. He will always be remembered by his family, friends, and colleagues. 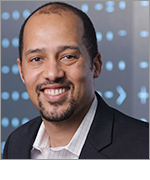 Towards Deterministic Electrode Design: Elucidating the Role of Surface Chemistry and Microstructure on Flow Battery Performance
By Fikile Brushett

From 2010 to 2012, he was a director’s postdoctoral fellow in the Electrochemical Energy Storage Group at Argonne National Laboratory under the supervision of Dr. John T. Vaughey. In 2013, he started his independent career at MIT, where his research group seeks to advance the science and engineering of electrochemical technologies that enable a sustainable energy economy.

He is especially interested in the fundamental processes that define the performance, cost, and lifetime of present-day and future electrochemical systems. His group currently works on redox flow batteries for grid storage and electrochemical processing of carbon dioxide and biomass. He also serves as the research integration co-lead for the Joint Center for Energy Storage Research, a DOE-funded Energy Innovation Hub. 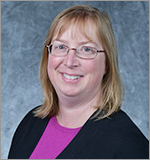 Her research interests focus on electrocatalysis and bioanalytical electrochemistry. She has expertise in electrosynthesis, biosensors, biofuel cells, and bioelectronics. 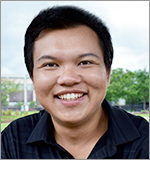 He is currently working toward his doctoral degree in chemical engineering at the University of South Carolina. His current research focuses on (1) numerical modeling of transport phenomena inside micro- to nano-structured porous materials in fuel cell systems, (2) developing a mathematical model for electrochemical impedance spectroscopy to explain the behavior of microbial activities for methane production from organic waste, (3) numerical modeling and design optimization of solid particle mixing with contra-rotating impellers, and (4) developing simulations of multiphase, reactive flow with vaporization of H2SO4 and SOX in a solar-driven sulfuric acid decomposition reactor. 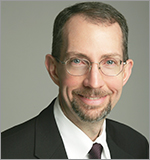 Colorful Adventures in the Field of Dielectrics Science: Some Highs and Lows with a Touch of a Chilly Forecast
By Sean King

Sean King has worked in the semiconductor industry for 22 years and currently serves as a senior technical contributor within Intel Corporation’s Portland Technology Development Division. At Intel, King has held a variety of technical positions in the development of Intel’s 0.35 m–7 nm technologies, and presently leads the development of various dielectric materials for use in Intel’s < 7 nm technologies. He is also a faculty member of Intel’s College of Engineering, where he teaches courses in nanoelectronic fabrication, vacuum and plasma science, and thin film deposition processes.

Additionally, King is an active member of numerous technical societies, including The Electrochemical Society, the American Vacuum Society, and the Materials Research Society, for which he has served as an organizer of numerous symposia and a member of various society committees. King has authored or coauthored over 175 publications and 50 patents in the fields of dielectric and semiconducting materials. 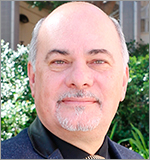 Plamen Atanassov graduated from the University of Sofia with an MS in chemical physics and earned a doctorate from the Bulgarian Academy of Sciences in physical chemistry.

He moved to the U.S. in 1992 and was with the University of New Mexico until 2018. While at the University of New Mexico, Atanassov worked as a research faculty member, participated in a start-up, rose to the rank of distinguished professor of chemical and biological engineering, started the Center for Emerging Energy Technologies, and served as the associate dean for research before assuming his final post as director of the Center for Micro-Engineered Materials.

In October 2018, Atanassov became chancellor’s professor of the Chemical & Biomolecular Engineering Department of the Henry Samueli School of Engineering at the University of California, Irvine. His research is in nanostructured materials and new technologies for energy conversion and storage, focusing on electrocatalysis and bioelectrocatalysis, with applications in fuel cells, electrolyzers, and bioelectrochemical systems.

Atanassov is a fellow of The Electrochemical Society and the National Academy of Inventors. He has served as a vice president of the International Society of Electrochemistry. He holds 55 issued patents, half of which have been licensed and are at the core of several catalysts. He has published more than 370 peer-reviewed papers and 20 book chapters and has edited a book (h-index=70). He has graduated 34 PhD students. 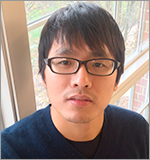 Xinyou Ke received his PhD from the Department of Mechanical and Aerospace Engineering at Case Western Reserve University in fall 2018. His PhD dissertation defense was titled “Fundamental Studies on Transport Phenomena in Redox Flow Batteries with Flow Field Structures and Slurry or Semi-Solid Electrodes: Modeling and Experimental Approaches.”

e has been supervised by professors Robert F. Savinell, Joseph M. Prahl, and Jesse S. Wainright. He was previously trained at the Massachusetts Institute of Technology, Harvard University, Case Western Reserve University (MSE), and the South China University of Technology (BSE with honors).

He has focused on exploring fundamentals of high-performance flow batteries with flow field structures, electronic conduction mechanisms of slurry or semi-solid electrodes used for flow batteries, and electrochemical flow capacitors through both modeling and experimental approaches.

To date, he has authored or coauthored more than 10 peer-reviewed journal articles. He was the recipient of the 2018 ECS F. M. Becket Summer Research Fellowship. He served as the treasurer of the ECS Case Western Reserve University Student Chapter from 2016 to 2017. 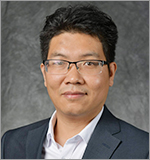 Zan Gao is currently a mechanical engineering PhD candidate at the University of Virginia under the supervision of Professor Xiaodong Li. Gao received both his BS degree in environmental engineering (2009) and his MS degree in applied chemistry (2012) from Harbin Engineering University.

Gao’s doctoral research focuses on the design and fabrication of next-generation flexible energy storage systems (flexible supercapacitors and flexible batteries) with mechanical durability and chemical stability. He has also made significant contributions to biomass-derived renewable carbon materials for electrochemical energy storage. He has recently begun working on understanding the failure mechanism of flexible energy systems by coupling nanomechanics and electrochemistry.

Gao has published over 40 peer-reviewed articles in various prestigious journals, such as Nature Communications, Nano Letters, Nano Energy, Advanced Functional Materials, Chemistry of Materials, and the Journal of Materials Chemistry A. Additionally, Gao has received several awards and fellowships during his PhD studies, including the Outstanding Graduate Student Award, the William L. Ballard Jr. Endowed Graduate Fellowship, and the Volkswagen Group of North America Fellowship.