The ECS Society Awards will be presented during this meeting at the Plenary Session. The Allen J. Bard Award in Electrochemical Science will be presented to Héctor D. Abruña, Cornell University, and the Gordon E. Moore Medal for Outstanding Achievement in Solid State Science and Technology Award will go to David Lockwood, National Research Council of Canada. 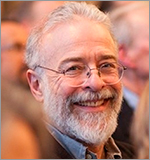 Héctor D. Abruña is the Émile M. Chamot Professor of Chemistry and the director of the Center for Alkaline-Based Energy Solutions and the Energy Materials Center at Cornell University.

Abruña is the coauthor of over 480 publications (h-index=85) and has given over 600 invited lectures worldwide. He considers his 55 PhD students and 70 postdoctoral associates his most important professional achievement. 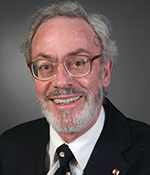 David J. Lockwood obtained his PhD from Canterbury University, New Zealand, in 1969 and was awarded a DSc in 1978 from Edinburgh University, United Kingdom, for his work on the electronic, optical, and magnetic properties of solids.

He carried out postdoctoral work in physical chemistry at Waterloo University, Canada, (1970–1971) and was a research fellow at Edinburgh University (1972–1978) before joining the National Research Council of Canada in 1978, where he is presently a researcher emeritus. There, his research has centered on the optical properties of low-dimensional materials and has focused on Group IV and III-V semiconductor nanostructures.

Lockwood has published more than 600 scientific articles in journals and books, and has six U.S. patents. He is a fellow of the Royal Society of Canada, The Electrochemical Society, the American Physical Society, and the Institute of Physics, and has served on the editorial boards of six physics journals in addition to being the founding editor of the Nanostructure Science and Technology book series.

He has received six major awards from within Canada and abroad. Within ECS, he has co-organized numerous symposia, served on the board of directors, and chaired the Luminescence and Display Materials Division.

ECS is proud to recognize long-standing institutional members through our Leadership Circle Awards.

Our institutional members are truly partners of ECS, and their commitment to our organization highlights their drive towards the advancement of electrochemistry and solid state science. Our Leadership Circle Awards distinguishes those members who have maintained continuous membership in good standing with ECS.

We would like to thank and congratulate the below institutional members for reaching their milestone level in 2019. These companies have been tremendous partners to ECS, and we appreciate all the support they have given the society over the years.

The milestone achievements that a member can obtain are listed below:

You can view what our members are saying about the Institutional Membership Program here.

Contact the director of community engagement, Shannon Reed, if you would like to learn more about the Institutional Membership Program.