Call for Papers: Mathematical Modeling of Electrochemical Systems at Multiple Scales in Honor of Richard Alkire 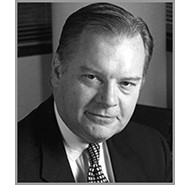 This focus issue of the Journal of The Electrochemical Society is devoted to the mathematical modeling of electrochemical systems across multiple scales. Advances in electrochemical systems will be greatly influenced by the use of advanced simulation tools for the design and control of materials and processes. The figure below illustrates some of the computational methods that have been developed to deal with phenomena at different time and length scales, ranging from atomic to macro, in order to compute properties and model phenomena. This issue is inspired by the work of Professor Richard Alkire from the University of Illinois-Urbana Champaign, who has been a pioneer in the multiscale modeling of electrochemical systems. In addition, Professor Alkire has led the community in establishing a vision for such work and has trained and influenced countless researchers on this topic over the years. The issue will be dedicated to him in recognition of his contributions to this field.

Theoretical and experimental contributions are solicited that enhance our understanding of and ability to describe behavior in electrochemical systems at the molecular, mesoscale, and macroscale levels. In addition and importantly, new engineering methods and simulation algorithms are sought with improved computational efficiency and uncertainty quantification, including stochastic event assessment and coupling of continuum-scale events to molecular-scale processes, for the design, control, and optimization of entire systems.

Mathematical modeling at multiple scales can be applied to a wide range of electrochemical systems, including but not limited to: 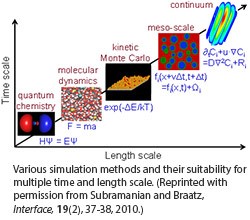 All papers published in this focus issue will be OPEN ACCESS at NO COST to the authors! *

(Be sure to specify your submission is for the JES Focus Issue on Multiscale Modeling.)

Papers accepted for this focus issue are published online within 10 days of acceptance. The issue will be created online as the articles are accepted, with the final article published in January 2020.

*ECS is waiving the article processing charge (APC) as part of the Society’s Free the Science initiative.

Find out more about ECS Journal Focus Issues and the ECS Free the Science initiative.