Posted on December 5, 2019 by Frances Chaves

Nominations are due by December 15 for two ECS Corrosion Division awards : 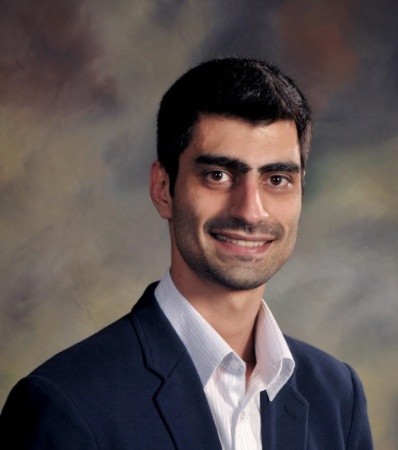 The Corrosion Division Morris Cohen Graduate Student Award was established in 1991 to recognize and reward outstanding graduate research at the Masters or PhD level in the field of corrosion science and/or engineering. The award—a framed certificate and $1,000—is open to graduate students who have successfully completed all requirements for their degrees, as testified by their advisors, within a period of two years prior to the nomination submission deadline.

Aria Kahyarian received the 2019 Corrosion Division Morris Cohen Graduate Student Award at the 236th ECS Meeting. There he presented his award talk, “Active Metallic Corrosion in Weak Acid Solutions: A Unified Mechanistic View to Cathodic Reactions.” Aria Kahyarian earned his BSc in chemical engineering from Sharif University of Technology in 2011. In 2018, he received his PhD in chemical engineering from Ohio University under the direction of Professor Srdjan Nesic at the Institute for Corrosion and Multiphase Flow Technology.

The Corrosion Division Herbert H. Uhlig Award was established in 1972 to recognize excellence in corrosion research and outstanding technical contributions to the field of corrosion science and technology. The award consists of a $1500 prize and a framed certificate. The recipient is eligible for travel reimbursement to attend the Society meeting  where the award is presented.

Alison J. Davenport, former chair of the ECS Corrosion Division, received the 2019 Corrosion Division H.H. Uhlig Award. She presented her award talk, “Shedding Light on Corrosion,” at the 236th ECS Meeting. Davenport is a professor of corrosion science and head of the School of Metallurgy and Materials at the University of Birmingham, UK. She received her PhD from the University of Cambridge, and then spent time at Brookhaven National Laboratory, New York, and the University of Manchester, UK. She is chair of the UK Institute of Corrosion’s Corrosion Science Division, and received an Officer of the Order of the British Empire (OBE) in the 2018 Queen’s Birthday Honours List for services to electrochemistry and corrosion science.

Corrosion Division awards are part of the ECS Honors & Awards Program which has recognized professional and volunteer achievement within our multi-disciplinary sciences for decades. ECS uses an electronic portal for nominations and applications. Here are some tips for the best results.