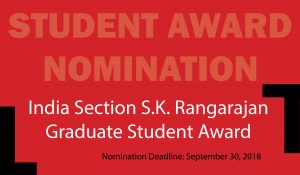 END_OF_DOCUMENT_TOKEN_TO_BE_REPLACED

From Silk to Sensors

The India-based Achira Labs has taken silk screening to a whole new level.

Chemical engineers from Achira Labs have found a way to weave diabetes test strips from silk, rather than the conventional plastic or paper.

But they’re not creating these strips for luxury. Silk would actually have several advantages in a country such as India, where weavers are abundant and silk is inexpensive.

Achira Labs have used these silk sensors before to detect other medical issues, including strips that change color when they detect a deadly type of diarrhea in diapers.

These new silk strips for diabetics are not only just as efficient as other types of glucose strips, they are also easier to manufacture.

END_OF_DOCUMENT_TOKEN_TO_BE_REPLACED 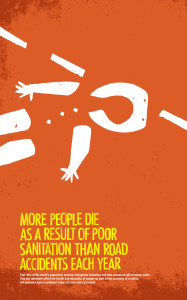 With our Energy and Water Summit right around the corner, we’ve only got one thing on our mind: poop.

Forty percent of the world’s population – 2.5 billion people – practice open defecation or lack adequate sanitation facilities, and the consequences can be devastating for human health as well as the environment.

The Electrochemical Society and the Bill & Melinda Gates Foundation know there is no easy solution to this problem, but we are dedicated to finding and funding innovative research to reinvent the sanitation infrastructure.

In Francis de los Reyes’ TEDTalk entitled, “Sanitation is a basic human right,” the environmental engineer and sanitation activist makes his case for the total reinvention of the sanitation landscape as we know it.

“For the past 14-years, I’ve been teaching crap,” Reyes says.

And that he has. Reyes has dedicated his time to studying and researching human waste. The problem is especially relevant in India, where open deification is putting citizens at major health risks.

Less than a third of India’s 1.2 billion people have access to sanitation and more than 186,000 children under five die every year from diarrheal diseases caused by unsafe water and poor sanitation, according to the charity WaterAid.

The United Nations said in May half of India’s people defecate outside – putting people at risk of cholera, diarrhea, dysentery, hepatitis A and typhoid.

With India accounting for 818 million of the 2.5 billion people who lack adequate sanitation, most of the country’s rivers and lakes are polluted with sewage and industrial effluents.

So why can’t we just build western style flush-toilets in countries such as India?

In these developing worlds, there is often time not enough water or energy to take on such a feat. Also, laying out sewer lines would cost governments tens of trillions of dollars.

Through our partnership with the Bill & Melinda Gates Foundation, we hope to help solve these issues.