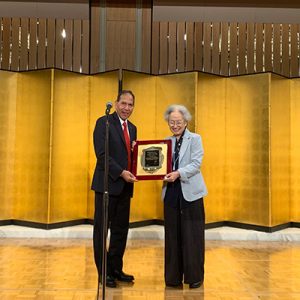 In September 2019, at the 16th International Symposium on Solid Oxide Fuel Cells (SOFC-XVI), Symposium Chair Subhash Singhal presented a plaque from The Electrochemical Society (ECS) to Yukiko Dokiya, the widow of Professor Masayuki Dokiya. Also present were daughter Fumiko Dokiya, her husband Hironobu Dokiya, and their daughter Yoko Dokiya and son Masahiro Dokiya.  The plaque thanked the Dokiya family for their generous contribution in Masayuki’s memory. The gift made possible the creation of the Dokiya Fund of The Electrochemical Society in 2004. From 2004 to 2019, the Fund provided financial travel assistance to 128 Dokiya Fund Travel Grant Recipients to attend ECS and other related meetings around the world in their pursuit of electrochemical science and technology to benefit mankind. END_OF_DOCUMENT_TOKEN_TO_BE_REPLACED 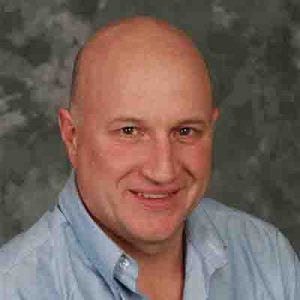 Elon Musk promised—and Jeff Dahn delivered! With the publishing of a ground-breaking paper in the Journal of The Electrochemical Society (JES), Dahn announced to the world that Tesla may soon have a battery that makes their robot taxis and long-haul electric trucks viable. Dahn and his research group is Tesla’s battery research partner. Dahn says “… that cells of this type should be able to power an electric vehicle for over one million miles and last at least two decades in grid energy storage.”

According to Doron Aurbach, JES batteries and energy storage technical editor, “This comprehensive article is expected to be impactful in the field of batteries and energy storage. It is a very systematic study by one of the most renowned and prestigious electrochemistry groups in the world. It was a pleasure for me as a technical editor to handle this paper. It substantiates all the statements about the truly high quality and importance of JES, one of the leading and most prestigious journals in electrochemistry. JES provides an excellent service to the global electrochemistry community—and thousands of ECS members—regardless of ‘impact factors.’” As of today, Dahn’s JES article has received over 31,563 abstract views, over 17,000 articles downloads, and quotes in news outlets around the world. END_OF_DOCUMENT_TOKEN_TO_BE_REPLACED 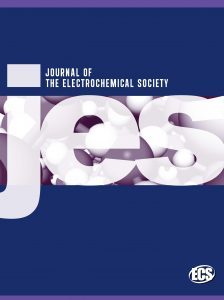 ECS is seeking to fill the position of technical editor in fuel cells, electrolyzers, and energy conversion for the Journal of The Electrochemical Society (JES).

Nominees for this position must possess and maintain scientific knowledge of the scope of the fuel cells, electrolyzers, and energy conversion topical interest area, which covers theoretical and experimental aspects of all types of fuel cells, electrolyzers, photovoltaics, and photoelectrochemistry. Specific topics as relates to energy conversion include design, modeling, testing, and evaluation; novel electrode structures and their characterization, including electrocatalytic materials and electrocatalysis; engineering aspects of fuel, electrochemical fuel synthesis, water, and thermal management. Materials at high temperatures are included.

The technical editor will be appointed for a minimum initial two-year term, renewable for additional terms, up to a maximum of 12 years total service in this role.

END_OF_DOCUMENT_TOKEN_TO_BE_REPLACED 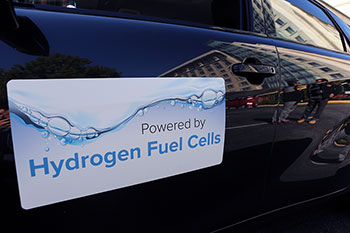 END_OF_DOCUMENT_TOKEN_TO_BE_REPLACED

Applying a tiny coating of costly platinum just 1 nanometer thick—about 1/100,000th the width of a human hair—to a core of much cheaper cobalt could bring down the cost of fuel cells.

This microscopic marriage could become a crucial catalyst in new fuel cells that use generate electricity from hydrogen fuel to power cars and other machines. The new fuel cell design would require far less platinum, a very rare metal that sold for almost $900 an ounce the day this article was produced.

“This technique could accelerate our launch out of the fossil-fuel era,” says Chao Wang, an assistant professor of chemical and biomolecular engineering at Johns Hopkins University and senior author of a study published in the journal Nano Letters.

“It will not only reduce the cost of fuel cells,” Wang says. “It will also improve the energy efficiency and power performance of clean electric vehicles powered by hydrogen.”

END_OF_DOCUMENT_TOKEN_TO_BE_REPLACED

Researchers at Los Alamos National Laboratory (LANL) are taking a closer look at fuel cell catalysts in hopes of finding a viable alternative to the expensive platinum and platinum-group metal catalysts currently used in fuel cell electrodes. Developments in this area could lead to more affordable next-generation polymer electrolyte fuel cells for vehicles.

The research, led by ECS fellow Piotr Zelenay, looks at the fuel cell catalysts at the atomic level, providing unique insight into the efficiency of non-precious metals for automotive and other applications.

“What makes this exploration especially important is that it enhances our understanding of exactly why these alternative catalysts are active,” Zelenay says. “We’ve been advancing the field, but without understanding the sources of activity; without the structural and functional insights, further progress was going to be very difficult.”

Platinum aids in both the electrocatalytic oxidation of hydrogen fuel at the anode and electrocatalytic reduction of oxygen from air at the cathode, producing usable electricity. Finding a viable, low-cost PGM-free catalyst alternative is becoming more and more possible, but understanding exactly where and how catalysis is occurring in these new materials has been a long-standing challenge. This is true, Zelenay noted, especially in the fuel cell cathode, where a relatively slow oxygen reduction reaction, or ORR, takes place that requires significant ‘loading’ of platinum.