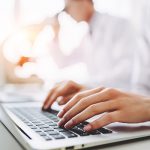 ECS is hosting a series of webinars presented by distinguished speakers this June. Join us! Speakers include Harry Atwater from the California Institute of Technology, Arumugam Manthiram from the University of Texas at Austin, and Paul Kenis from the University of Illinois at Urbana-Champaign. Topics include batteries, energy, carbon, and more. Considering attending? Learn more about what you can expect to hear about from our presenters! END_OF_DOCUMENT_TOKEN_TO_BE_REPLACED 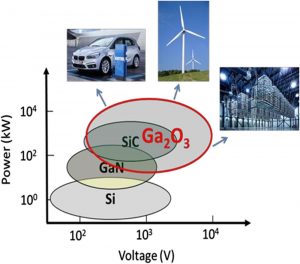 This issue of the ECS Journal of Solid State Science and Technology is the second in a series that aims to cover the growth, characterization, processing and device applications of Ga2O3. GaN and SiC based wide bandgap device technologies have matured and become limited by fundamental material properties. A new class of oxide wide band gap materials are emerging (gallium oxide and aluminum gallium oxide) that offer potentially improved figure of merit over GaN and SiC for power devices. The availability of Ga2O3 single crystals and epitaxial films with large area and excellent quality has led to renewed interest in this ultra-wide bandgap semiconductor for solar-blind photodetectors, sensors, and power electronics. END_OF_DOCUMENT_TOKEN_TO_BE_REPLACED

END_OF_DOCUMENT_TOKEN_TO_BE_REPLACED

Using unique design and building methods, researchers have created a prototype for an ultra-thin, curving concrete roof that will also generate solar power.

The self-supporting, doubly curved shell roof has multiple layers: the heating and cooling coils and the insulation are installed over the inner concrete layer. A second, exterior layer of the concrete sandwich structure encloses the roof, onto which builders install thin-film photovoltaic cells.

END_OF_DOCUMENT_TOKEN_TO_BE_REPLACED

As the U.S. military increases its use of drones in surveillance and combat overseas, the danger posed by a threat back at home grows. Many drone flights are piloted by soldiers located in the U.S., even when the drones are flying over Yemen or Iraq or Syria. Those pilots and their control systems depend on the American electricity grid – large, complex, interconnected and very vulnerable to attack.

Without electricity from civilian power plants, the most advanced military in world history could be crippled. The U.S. Department of Energy has begged for new authority to defend against weaknesses in the grid in a nearly 500-page comprehensive study issued in January 2017 warning that it’s only a matter of time before the grid fails, due to disaster or attack. A new study by a team I led reveals the three ways American military bases’ electrical power sources are threatened, and shows how the U.S. military could take advantage of solar power to significantly improve national security.

The first threat to the electricity grid comes from nature. Severe weather disasters resulting in power outages cause between US$25 billion and $70 billion in the U.S. each year – and that’s average years, not those including increasingly frequent major storms, like Hurricanes Harvey and Irma.

The second type of threat is from traditional acts of crime or terrorism, such as bombing or sabotage. For example, a 2013 sniper attack on a Pacific Gas and Electric substation in California disabled 17 transformers supplying power to Silicon Valley. In what the head of the Federal Energy Regulatory Commission called “the most significant incident of domestic terrorism involving the grid that has ever occurred,” the attacker – who may have been an insider – fired about 100 rounds of .30-caliber rifle ammunition into the radiators of 17 electricity transformers over the course of 19 minutes. The electronics overheated and shut down. Fortunately, power company engineers managed to keep the lights on in Silicon Valley by routing power from other sources.

END_OF_DOCUMENT_TOKEN_TO_BE_REPLACED 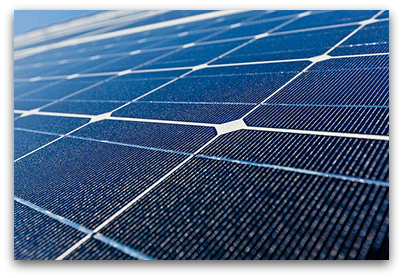