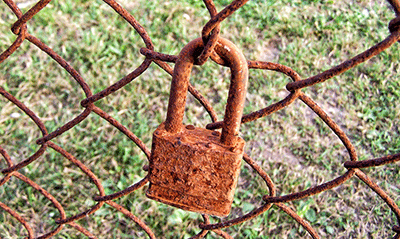 Researchers have found a way to use rust to build a solar-powered battery.
Image: Diego Torres Silvestre

What happens when corrosion meets energy? For researchers at Stanford University, the marriage of those two uniquely electrochemical topics could yield an answer to large-scale solar power storage.

The question of how to store solar power when the sun goes down has been on the forefront of scientific discussion. While electrochemical energy storage devices exist, they are typically either too expensive to work on a large-scale or not efficient enough.

New research shows that metal oxides, such as rust, can be fashioned into solar cells capable of splitting water into hydrogen and oxygen. The research could be looked at revelatory, especially when considering large-scale storage solutions, because of its novel heat attributes.

While we knew the promising solar power potential of metal oxides before, we believed that the efficiency of cells crafted from these materials would be very low. The new study, however, disproves that theory.

The team showed that as the cells grow hotter, efficiency levels increase. This is a huge benefit when it comes to large-scale, solar energy conversion and it the polar opposite of the traditional silicon solar cell.

END_OF_DOCUMENT_TOKEN_TO_BE_REPLACED

The new carbon-based material for sodium-ion batteries can be extracted from apples.
Image: KIT

The saying goes: an apple a day keeps the doctor away; but in this case, an apple may be the answer to the next generation of energy storage technology.

ECS member Stefano Passerini of the Karlsruhe Institute of Technology is leading a study to extract carbon-based materials for sodium-ion batteries from organic apple waste.

This new development could help reduce the costs of future energy storage systems by applying a cheap material with excellent electrochemical properties to the already promising field of sodium-ion batteries.

Many researchers are currently looking to sodium-ion batteries as the next generation of energy storage, with the ability to outpace the conventional lithium-ion battery.

The future of sodium-ion batteries

Interest in sodium-ion batteries dates back to the 1980s, but discoveries haven’t taken off until recently. Researchers are now finding way to combat low energy densities and short life cycles through using novel materials such as apples.

Sodium-ion batteries could prove to be the next big thing in large scale energy storage due to the high abundance of materials used in development and the relatively low costs involved.

END_OF_DOCUMENT_TOKEN_TO_BE_REPLACED 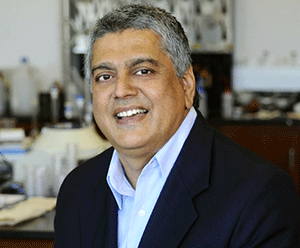 Rajeshwar’s research works to address critical global and environmental issue by creating an inexpensive way to generate fuel from harmful emissions such as carbon dioxide.

The University of Texas at Arlington professor and 35 year ECS member has developed a novel high-performing material for cells that harness sunlight to split carbon dioxide and water into usable fuels like methanol and hydrogen gas.

From harmful to helpful

“Technologies that simultaneously permit us to remove greenhouse gases like carbon dioxide while harnessing and storing the energy of sunlight as fuel are at the forefront of current research,” Rajeshwar said. “Our new material could improve the safety, efficiency and cost-effectiveness of solar fuel generation, which is not yet economically viable.”

(MORE: Read the full study as published in ChemElectroChem Europe.)

This from University of Texas at Arlington:

The new hybrid platform uses ultra-long carbon nanotube networks with a homogeneous coating of copper oxide nanocrystals. It demonstrates both the high electrical conductivity of carbon nanotubes and the photocathode qualities of copper oxide, efficiently converting light into the photocurrents needed for the photoelectrochemical reduction process.

END_OF_DOCUMENT_TOKEN_TO_BE_REPLACED

Tesla is most commonly known for its novel innovations in automobile technology, research into battery technology, and even the company’s dedication to open source knowledge. Now, the company is shifting gears to create a product for all the tiny Elon Musk fans out there.

Tesla, in collaboration with Radio Flyer, has recently produced line of electric vehicles for kids. 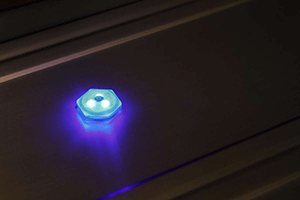 Metasensor’s Sensor-1 is a personal security system for your portable goods.

Home security systems are great for protecting valuables inside your home and stopping attempted burglaries, but those systems aren’t very practical when you travel with your precious, portable property.

Metasensor has developed its new Sensor-1, which acts as a portable security system – changing the way we protect our belongings and track objects in general.

Sensor-1 is a small, octagonal disk that contains an accelerometer, a gyroscopic stabilizer, and a magnetometer, which work together to track the orientation of the device it’s attached to in three dimensions. They alert Sensor-1 if the object has been moved, and how. It also has three LED lights, a small siren, and Bluetooth connectivity.

END_OF_DOCUMENT_TOKEN_TO_BE_REPLACED 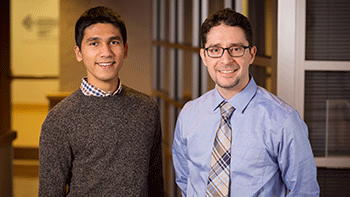 Battery applications range from powering electronic devices to storing energy harvested from renewable sources, but batteries have a range of applications beyond the obvious. Now, researchers from the University of Illinois at Urbana-Champaign are taking existing battery technology and applying it to efforts in water desalination.

The researchers have published the open access article in the Journal of The Electrochemical Society.

“We are developing a device that will use the materials in batteries to take salt out of water with the smallest amount of energy that we can,” said Kyle Smith, ECS member and assistant professor at the University of Illinois at Urbana-Champaign. “One thing I’m excited about is that by publishing this paper, we’re introducing a new type of device to the battery community and to the desalination community.”

Water desalination technologies have flourished as water needs have grown globally. This could be linked to growing populations or drought. However, because of technical hurdles, wide-spread implementation of these technologies has been difficult. However, the new technologies developed could combat that issue by using electricity to draw charged salt ions out of the water.

END_OF_DOCUMENT_TOKEN_TO_BE_REPLACED

New Superconductor Could ‘Revolutionize Everything’

A radical new development from Cornell University has the potential to change the superconducting community. For the first time, researchers have developed a self-assembling, porous, 3D gyroidal superconductor, which may have completely new properties.

The gyroid is a complex cubic structure based on a surface that divides space into two separate volumes that are interpenetrating and contain various spirals. Pores and the superconducting material have structural dimensions of only around 10 nanometers, which could lead to entirely novel property profiles of superconductors.

Because superconductors offer no resistance to electrical current and can repel magnetic fields, they hold immense potential for future applications. While we depend on electricity to power a majority of our devices, researchers are always looking for a way to cut heat resistance. Heat resistance not only causes the deterioration and breakdown of appliances, it also leads to wasted energy.

(MORE: Read “Superconductors and the Future.“)

Superconductors, however, offer no resistance to electrical current. However, this is only at extremely low temperatures. The new research out of Cornell University challenges that traditional notion.

Development could ‘revolutionize everything’

“There’s this effort in research to get superconducting at higher temperatures, so that you don’t have to cool anymore,” said Ulrich Wiesner, leader of the research group. “That would revolutionize everything. There’s a huge impetus to get that.”
END_OF_DOCUMENT_TOKEN_TO_BE_REPLACED