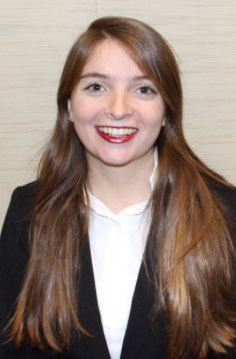 My name is Alyssa Doyle, and I had the privilege of interning with The Electrochemical Society’s Membership Services Department for a semester. When I first began my internship in August of 2017, I wasn’t sure exactly what to expect. I wasn’t all that familiar with nonprofit operations, and as a junior English major at The College of New Jersey, I knew practically nothing about electrochemistry. I’m going to be honest—I was quite nervous, but I was also incredibly excited by the prospect of acquiring knowledge about an entirely new subject.

From the moment I arrived, I was quickly immersed in ECS’s mission and culture. I learned a lot about ECS’s Free the Science campaign, and as a student who is interested in publishing, I was intrigued by the possibility of open access. When I first heard about the initiative, I deeply admired ECS for their desire to provide free research to people across the world with the hopes of increasing the sustainability of the planet—I still do, but now even more so.

Throughout my internship, I worked on various rewarding, engaging, and meaningful projects—there’s no getting coffee here. Instead, I had the chance to write blog posts about award winners and upcoming ECS meetings and events, and I was able to participate in the preparation for the 232nd ECS Meeting in National Harbor by completing mini projects, such as creating volunteer schedules, confirming registrants, and writing bios for speakers. I also had the opportunity to work on longer projects as well by maintaining contact with ECS’s 67 student chapters and creating a list of prospective employers to reach out to about ECS’s Career Expo. Even within the last week at my internship, I put together a timeline of the Edward Acheson Award and had the chance to read through Transactions of the American Electrochemical Society from 1903 onward. Each project was incredibly fascinating, and I started each day ready to tackle a new task.

END_OF_DOCUMENT_TOKEN_TO_BE_REPLACED

Increasing the Value of ECS Membership 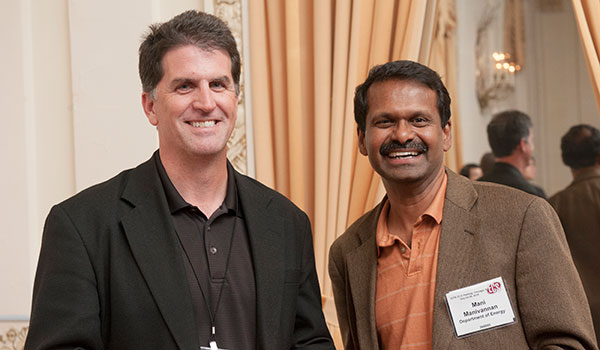 ECS has experienced outstanding growth in several areas as highlighted in our 2016 Annual Report. This is great for the health of the society. As ECS continues the commitment to disseminate electrochemistry and solid state science research, the need for our members becomes ever so important. The question has become – how can ECS best serve its members?

For years ECS has offered member benefits that include access and downloads from the ECS Digital Library, meeting registration and publication discounts, open access article publishing credits, and many more. But, our landscape is changing – as it is for all membership based organizations.

To increase the value of our membership, ECS has or is launching several upcoming programs*:

END_OF_DOCUMENT_TOKEN_TO_BE_REPLACED 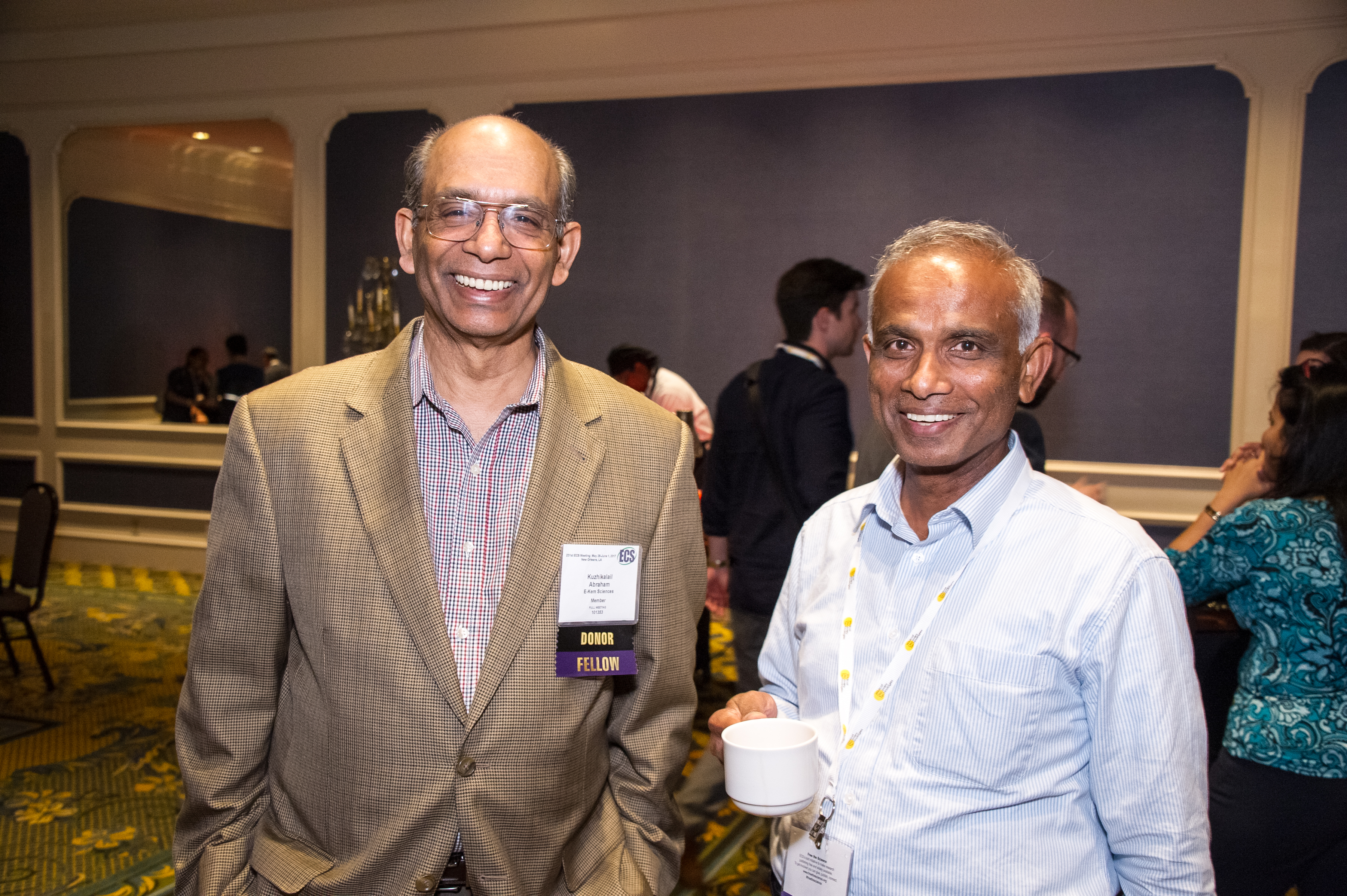 After months of hard work, ECS has launched an online membership wizard. Individuals who are interested in joining ECS as a student or as a member for one, two, three or five years are now able to complete their application online and have access to their ECS My Account.

We have also added the option to pay by ACH or bank transfer with our online shopping cart.

And within 24 hours, you’ll have access to the ECS Digital Library where you can download up to 100 articles – this is a $3,500 value that members receive for free!

As an ECS Member you will also receive a complimentary open access publishing credit. This credit will provide you the opportunity to publish your next piece of work as open access with ECS – an $800 value!

Most of all, you’ll be joining a community of your peers – your ECS community. A network of individuals who work together to advance electrochemistry and solid state science, that serve the mission to disseminate our science globally and those who serve as a steward for our science.

END_OF_DOCUMENT_TOKEN_TO_BE_REPLACED 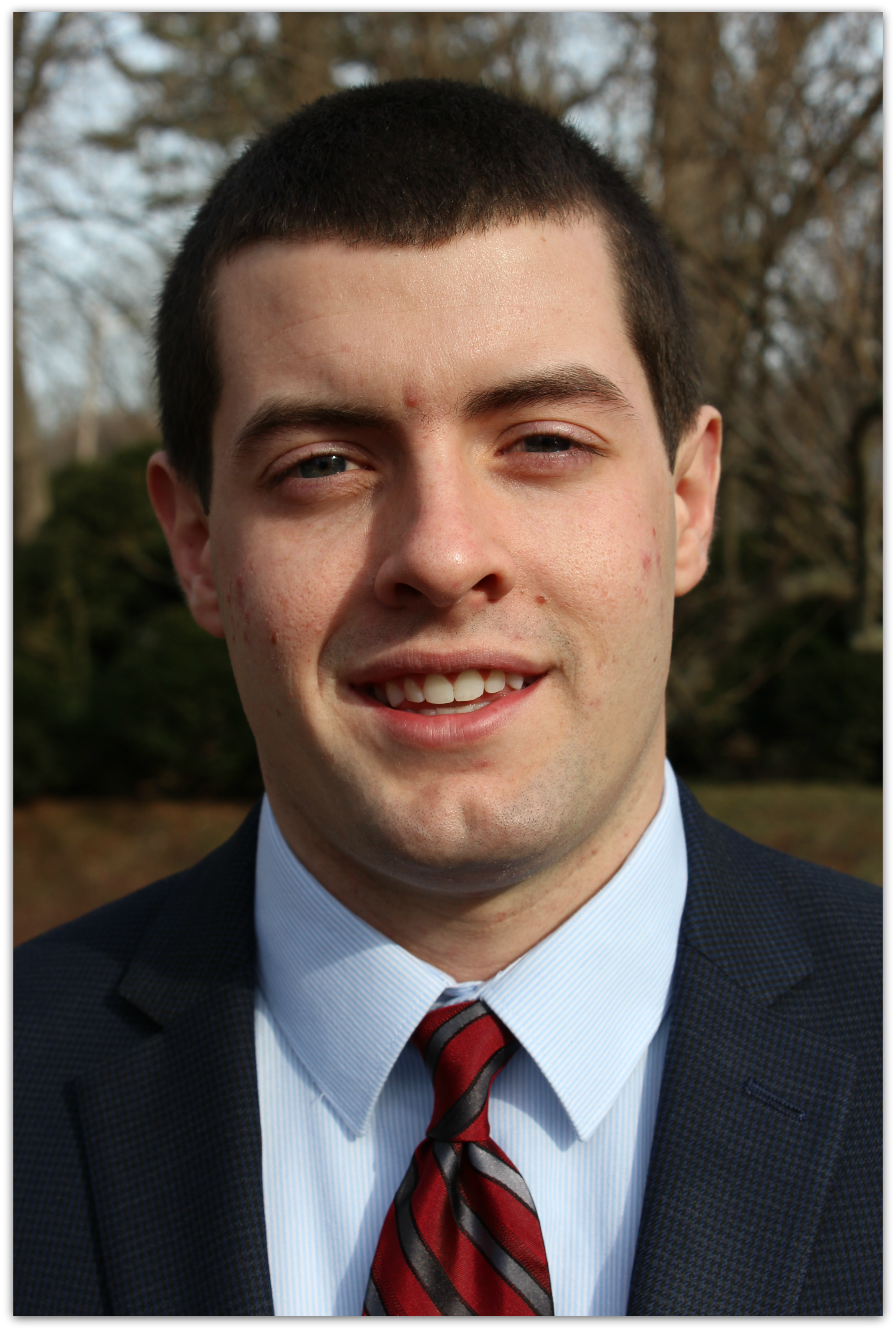 My name is Eric Pacansky and I am a graduating senior from the College of New Jersey (TCNJ). While at TCNJ, I have been studying business administration and have learned many concepts regarding how to run a business. To compliment my studies, I have had the good fortune of participating in two internships. I am grateful for the many opportunities and challenges these internships have presented, especially those I received as a membership services intern at ECS.

I was then informed about ECS’s Free the Science movement. Free the Science is ECS’s plan to provide platinum open access of its journals. This means authors will not have to pay publishing fees, and readers will not have to pay subscription fees. As someone who is studying business, this idea sounded crazy to me. It sounded like a utopian ideal that couldn’t possibly work. Why would the organization exist if it wasn’t trying to take every last dollar it possibly could? That’s when I was reminded of ECS’s mission to advance the science. For the most part, publishers have historically created paywalls that affect a person’s ability to either publish or gain access to an article. These paywalls have held back advancements in science. Removing these barriers is the future of scientific publishing and ECS’s work to do this shows the organization’s commitment to its core values and supporting scientists.

END_OF_DOCUMENT_TOKEN_TO_BE_REPLACED

Reflections of an ECS Intern 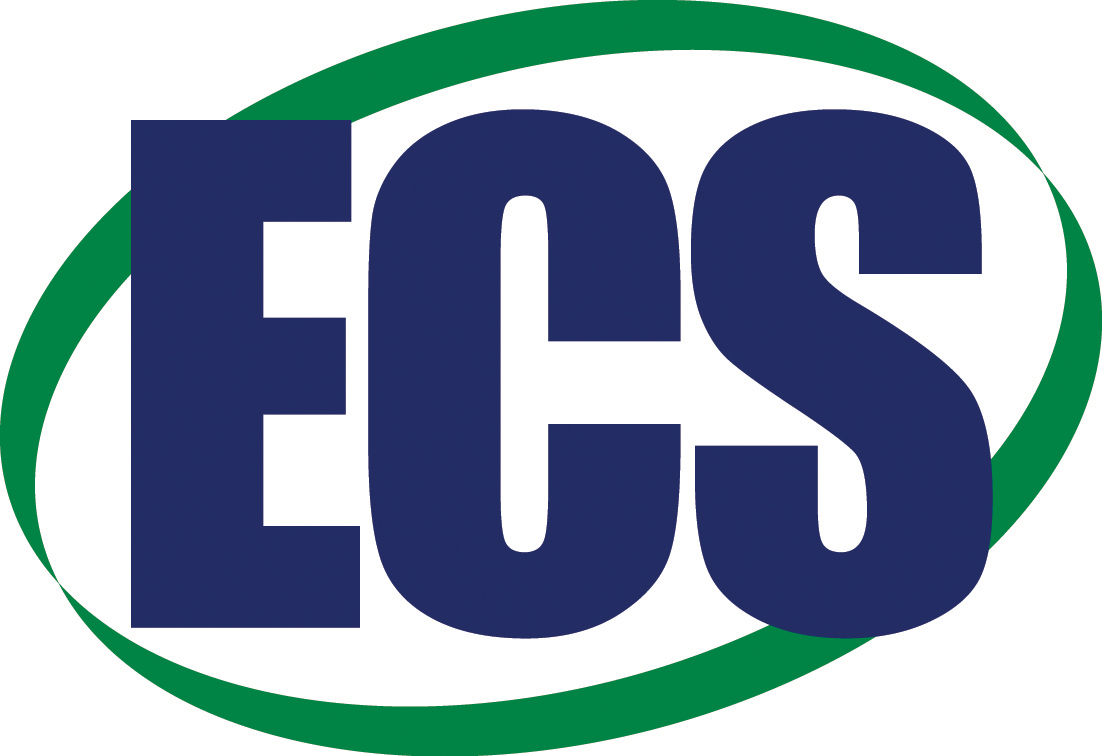 My name is Andrew Ryan. For the past eight months, I served as a Membership Services Intern at ECS under the direction of Beth Fisher. Though I worked on many different projects throughout my time at ECS, my primary contribution was writing membership related posts for the ECS website’s Redcat Blog. A great deal of the posts written over the course of the past eight months with the byline “ECS Staff” were written by me.

An English major who graduated from The College of New Jersey this past May, I was absolutely honored to have the opportunity to write for a website with such a thriving viewership. It was beyond fulfilling to be able to apply my passion for writing in a professional environment.

Let me tell you why.

END_OF_DOCUMENT_TOKEN_TO_BE_REPLACED

Attention prospective and current ECS members! Did you know? As of this year, you can belong to more than one primary division!

END_OF_DOCUMENT_TOKEN_TO_BE_REPLACED

The scope of ECS transcends academia. Its members are more than scholars; they are global leaders in the fields of research, innovation, and industry. With each passing day, they further develop the potential of electrochemical and solid state science, paving the way toward a cleaner, brighter future.

We are proud to recognize the top 15 non-academic institutions based upon ECS membership:

END_OF_DOCUMENT_TOKEN_TO_BE_REPLACED

For organizations interested in expanding their networks within corporate, academic, governmental, and scientific spheres, ECS offers an advantageous alternative to individual membership.

Institutional membership with ECS admits your organization into an elite group of scientists, academics, and professionals. It gives your organization access to the vast arrays of information, people, and breaking research that ECS has to offer.

Moreover, institutional membership secures your organization’s place within an ever expanding, collaborative network of innovative thinkers and member organizations.

Want to get a better sense of the scope of this growing network? Check out our list of current institutional ECS members!

END_OF_DOCUMENT_TOKEN_TO_BE_REPLACED 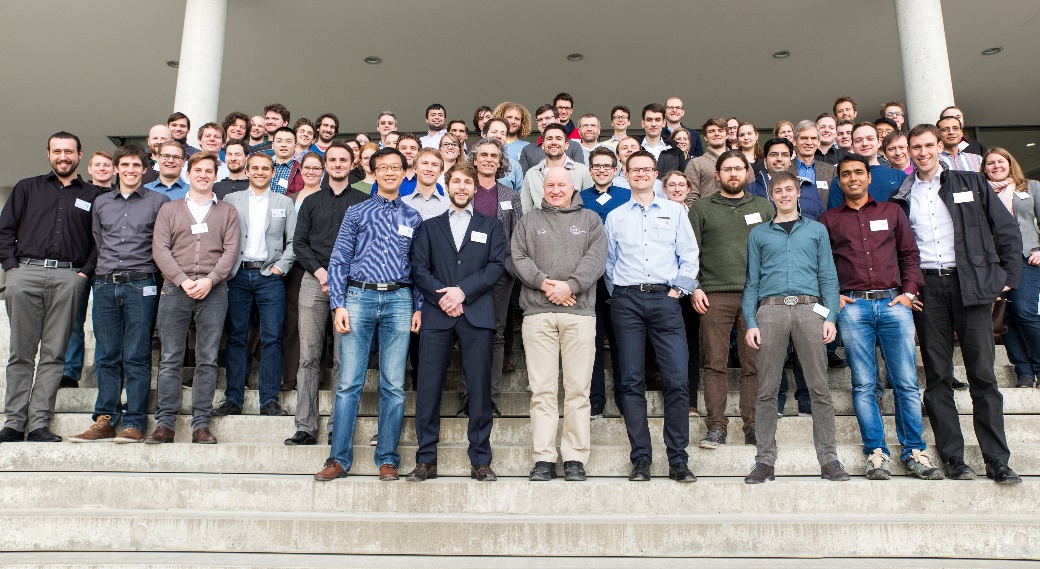 Attendees of the 1st ECS Student Chapter Munich Symposium at the entrance of the TUM IAS building. TUM is the top academic institution by student ECS membership!

Student membership is fundamental to ECS. Without student members—its inquisitive, innovative minds—the ECS would not be the thriving organization it is today.

The chart below lists the top 40 academic institutions based upon student ECS membership.

Note: This analysis recognizes only student ECS members in good standing. Expired members were not taken into account.

Check out the chart to find out if your institution made the list!

END_OF_DOCUMENT_TOKEN_TO_BE_REPLACED

Join ECS & Save with Multi-Year Membership

Are you a current or prospective ECS member interested in long-term membership within our thriving community? If

so, then multi-year membership may be for you!

What’s more, all three of these options will result in savings!

See the table below for multi-year membership pricing.

As a multi-year member, you will receive all of the benefits of ECS membership, including 100 free full-text downloads from the ECS Digital Library, discounts on meeting registrations, unlimited electronic access to ECS meeting abstracts, and a subscription to Interface.

Make a lasting commitment to the ECS and stop worrying about renewing your membership every single year. Become a multi-year member today!