END_OF_DOCUMENT_TOKEN_TO_BE_REPLACED

My Top 5 Reasons for Publishing with ECS

This is from ECS President Paul A. Kohl.

One of the joys of being President of ECS is contacting ECS contributors about good news. I am especially excited about ECS journals and the direction they are taking. I believe they are the quite simply The Best Place to publish electrochemical and solid state papers – especially now they are also enabling Open Access (OA). In short, ECS journals (JES, JSS, EEL, SSL) are:

No other journal offers this combination of quality, speed, and full open access at no cost to the author.

By publishing your research in our highly respected journals–and choosing to make your papers Open Access–you’re helping us make OA widespread and sharing the outputs of your important research with scientists around the world. I did (see my latest article) and will be doing so in the future.

PS: Find out how to publish your manuscript. 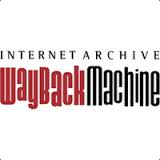 Make sure to order your copies now with your early-bird registration!

Check out previous proceedings in the meantime.

Abstracts accepted in the following categories: