Electrochemical capacitors (ECs), often referred to by the product names supercapacitor or ultracapacitor, are receiving increased attention for use in power sources of many applications because they offer extraordinarily high reversibility, provide unexcelled power density, and have exceptional cycle-life. Combination systems—for example ones with batteries and capacitors, IC engines and capacitors, and fuel cells with capacitors—are now appearing and being used to increase the energy efficiency of vehicles and industrial equipment like fork lifts, trams, and overhead cranes by capturing energy that is normally wasted.

This tutorial is targeted at technologists interested in understanding, advancing, and/or exploiting electrochemical capacitor technology. Basics are first covered that describe the nature and significance of electric double layer charge storage, the general design of such products, and the similarities and differences between these devices and traditional capacitors and batteries. Two-terminal electrical measurement techniques are discussed and test data is used to develop equivalent circuit models. Power/energy behavior and tradeoffs are presented along with reliability design. Many example applications are covered in detail. The goal of the tutorial is to provide basic understanding, necessary tools, and sufficient operating information to allow direct and successful advancement and/or exploitation of electrochemical capacitor technology. 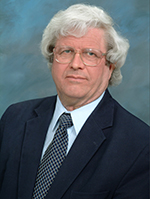 Dr. Miller has published more than 100 capacitor-related papers, prepared many government reports, and been awarded 13 U.S. patents. He has organized and chaired international conferences on electrochemical capacitor technology and teaches short courses for several professional societies. In addition to his position with JME, Inc., Dr. Miller is an Adjunct Professor in the Electrical Engineering and Computer Science Department at Case Western Reserve University (part time). His previous positions include research manager at Standard Oil of Ohio (SOHIO), staff scientist at University of Rochester, and staff member at Los Alamos National Laboratory. John R. Miller earned BS and PhD degrees in physics from MIT.